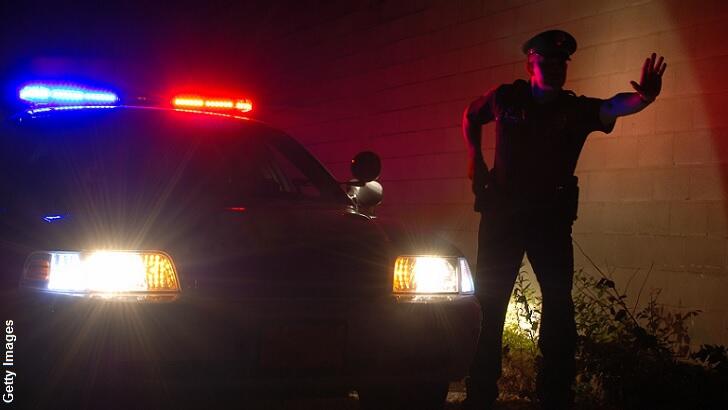 13 Days of Ghost to Ghost: The Cop That Vanished

To celebrate our upcoming Ghost to Ghost special on Halloween night, C2C is revisiting all thirteen installments of the annual spooktacular in the Coast archive.

Today's chilling tale comes from the 2004 edition of the program and features a strange encounter that happened to a caller while they were actually listening to Ghost to Ghost!

It happened one year earlier, Tim in Mexico told Art Bell, when he was driving to the gym on a rainy Halloween night and turned the radio on to hear C2C.

As he coasted down a hill, Tim was stunned to see a "purple substance," akin to a blob, ahead of him on the road and seemingly charging at his car.

In response to the bizarre sight, Tim slammed on the brakes and "it just passed through me and over my head."

However, due to the rainy road conditions, the brakes locked up and the car almost became out of control.

Fortunately, Tim was able to maneuver the vehicle to the side of the road where it came to a stop at the bottom of the hill within a few feet of a police car.

After exiting his cruiser, the officer checked to see if Tim was okay and then eerily asked if he had just seen something strange.

Afraid of being ridiculed or worse, Tim lied and said he hadn't seen anything.

Ironically, Tim said, the cop then noticed what was playing on his radio and said, "Oh, Ghost to Ghost, huh?"

The two exchanged pleasantries about the program and the policeman bid Tim farewell, telling him to drive safely.

As the cop pulled away and drove past him in the other direction, Tim was astounded when he looked in his rear-view mirror only a few seconds later and saw nothing.

Coast Insiders can hear this story and many others from the 2004 edition of Ghost to Ghost as well as explore our complete Ghost to Ghost Collection.

Not a Coast Insider yet? Sign up now and get instant access to all 13 Ghost to Ghost specials featuring an incredible array of terrifying ghost stories told by the C2C listeners.