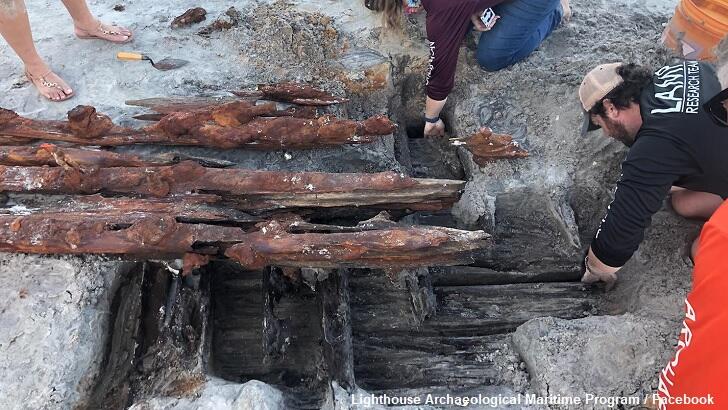 Archaeologists have unearthed a shipwreck that had been hidden beneath of the sands of a Florida beach since the 1800s. The remains of the downed vessel were reportedly first spotted earlier this month on Crescent Beach in St. John's County. A team of experts from the Lighthouse Archaeological Maritime Program were subsequently dispatched to investigate and excavate the discovery which they theorize was a semi-truck-sized cargo ship from the 1800s.

Posting about their work on Facebook, the group indicated that their initial assessment found that the ship "was buried in a sand dune for perhaps 150 years or more until storms exposed it again." Unfortunately, it would seem that the ravages of time left little behind from the wreck aside from the wooden skeleton of the vessel and so what, exactly, it was carrying at the time of its demise is likely to remain a mystery. That said, they hope that an analysis of wood taken from the ship will allow them to determine whether it came from America, Canada, or England.