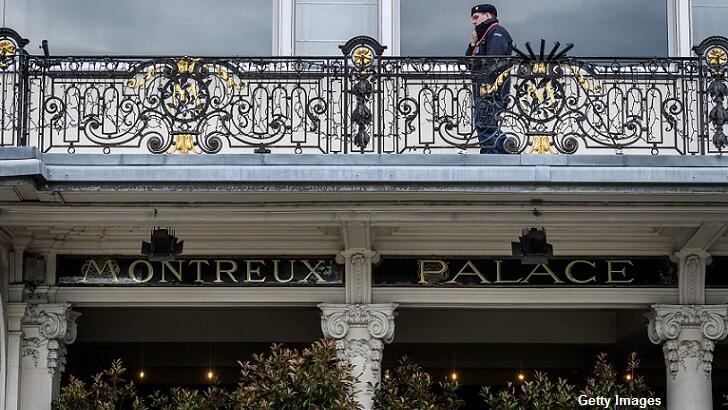 Today marks the start of the infamous annual gathering of global power brokers known as the Bilderberg Meeting. This year, the controversial confab is being held in Montreux, Switzerland and, although the group is notoriously secretive about the details of the conversations held at the event, a press release from the organization provides some insights into both the topics to be discussed this year as well as the participants who will be on hand.

According to organizers, there will be "about 130 participants from 23 countries" in attendance this year. Per usual, the guest list is replete with major players from the worlds of finance, industry, politics, and the media. While the vast majority of the individuals scheduled to attend are not exactly household names to anyone outside of their field of expertise, there are a handful of more high profile attendees who are rather noteworthy.

Perhaps the Bilderberg participant who is drawing the most attention from geopolitical pundits and curious conspiracy theorists is President Trump's son-in-law and senior advisor Jared Kushner. Secretary of State Mike Pompeo is also reportedly expected to attend some portion of the event, although his name is, oddly, not on the official list issued by the organization. Other recognizable names who will be in Montreux this weekend are former Senate candidate from Georgia Stacey Abrams, former Missouri Senator Claire McCaskill, and frequent Bilderberg Meeting attendee Henry Kissinger.

Although only the individuals in attendance will know the specifics of what is said during the three-day-long meeting, an agenda issued by the group provides, at least, a glimpse into what issues are apparently considered pressing to the proverbial 'powers that be' at this time. Among the unsurprising areas set to be discussed during the event are the current state of global powers Russia, China, and Europe. Other familiar topics on the list are climate change and Brexit.

Beyond those fairly run-of-the-mill issues on the agenda are a few somewhat more exotic topics which are particularly intriguing. Specifically, attendees plan on discussing artificial intelligence and the ethics surrounding this burgeoning technology, social media becoming weaponized, and "the importance of space." This is actually the second year in a row that AI has been featured among the talking points for the Bilderberg Meeting, which seems to suggest that this advanced realm of computing is of significant interest to the global elite.

Coast Insiders looking to learn more about the Bilderberg Meeting can check out investigative journalist Daniel Estulin's numerous appearances on the program, including the excellent Bilderberg Roundtable featuring Estulin, Alex Jones, and the late Jim Marrs. Not a Coast Insider yet? Sign up today.