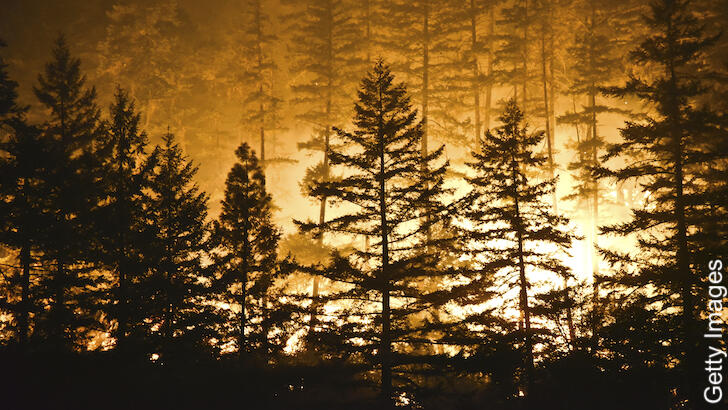 42 ET-Seeking Telescopes in the Path of California Wildfire

The wildfires ravaging California over the past several years are reportedly getting close to claiming another casualty: research into life beyond planet Earth. Northern California's Dixie Fire, which started in July of this year, is now the second-largest in the state's history. It's largely contained at this point, but what remains of the blaze is headed toward Hat Creek Radio Observatory, home of the Allen Telescope Array. Operated by the Search for Extraterrestrial Intelligence (SETI) Institute, the Array is the only radio telescope system designed primarily for exploring the possibility of alien life.

According to SETI, as of late last week Dixie was within twelve miles of the Array, prompting the evacuations of its neighboring communities. All but a few of the Observatory's scientists have reportedly followed suit, leaving the facility's fate in the hands of the 4,000 firefighters working to keep the fires away from the region that includes Array's 42 telescopes. Precautionary measures taken near the Observatory include the clearing of brush and pruning of low branches in the area. But with impending weather conditions and other factors in play, it's still too early to tell what the Array's odds of survival are. For now, officials say they're doing all they can—and hoping for the best.