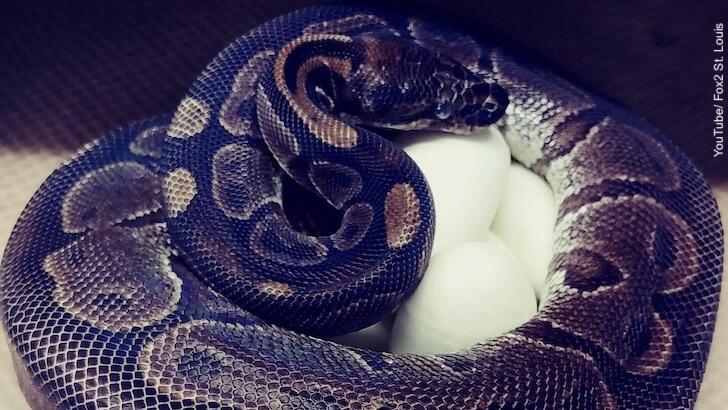 On July 23, a 62-year-old female Ball Python laid seven eggs despite having been separated from any male pythons for at least two decades.

The manager of the St. Louis Zoo said that it is not unknown for Ball Pythons to produce without a mate, or even to reproduce asexually. Some snakes will actually store sperm in their bodies for ‘delayed fertilization.’ It is however, unusual for this species of snake to lay eggs after they reach 60 years of age.

Three of the eggs are presently in an incubator and two are being used for genetic sampling to find clues to the unusual event. Two of the embryos did not survive.