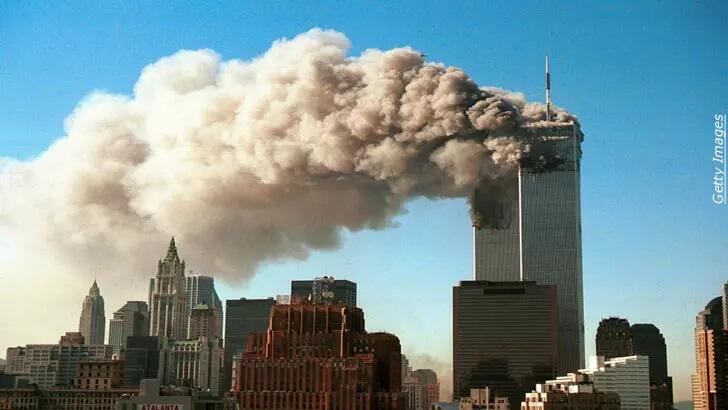 A 9/11-themed bar in Texas is facing considerable criticism from astounded social media users who argue that the odd concept, meant to be in remembrance of that fateful day, is in poor taste. According to a local media report, 'Bar9Eleven' in Fort Worth is the brainchild of Brent Johnson, who claims that he came up with the concept a few years ago after reading a September survey that purportedly found that 80% of Americans were unaware of the forthcoming anniversary of the terrorist attacks. Although the restaurant owner concedes that he can't recall where he saw that very dubious statistic, it apparently stuck with him as he decided to relaunch his bar with a 9/11 theme because "I don’t want anyone who comes into my restaurant to forget that day."

The interior of Bar9Eleven sports a series of placards featuring photographs from that fateful day and a timeline of events as the terror attack unfolded. Interspersed within the recounting of 9/11, the displays also tell the story of how the restaurant, then known as Rio Mambo, actually opened for the first time on the morning of September 11th, 2001. Reflecting on how the day changed for him, Johnson recalls that he had initially been "preparing for what I anticipated to be one of the greater memories of my life," but this feeling was soon overwhelmed by heartbreak when the full weight of the terror attack came to be known.

Strangely enough, the relaunch of the establishment as 'Bar9Eleven' occurred back in 2013 and, aside from one local newspaper article, its rather unique theme managed to somehow largely go unnoticed until an area resident stumbled upon the site and shared pictures of the location on Twitter. As one might imagine, the story of the bar quickly went viral and sparked something of an outrage online from many social media users who found the idea of a 9/11-themed bar to be in poor taste, regardless of the intentions behind it. For his part, Johnson insists that the concept is genuinely aimed at remembering the events of that tragic day.

Regarding the backlash, the bar owner is reportedly not too concerned about the furor as most of the criticism has come from social media users who "aren’t from around here" and mused that "people who know me know it has nothing to do with disrespect or disregard." To that end, he argued that the recent furor over the bar's theme accomplished precisely what he set out to do when he came up with the idea in the first place as it ensures the memory of that tragic day does not fade. "I guarantee a week ago no one was thinking about 9/11," Johnson observed, until they heard of his bar's surprising theme.