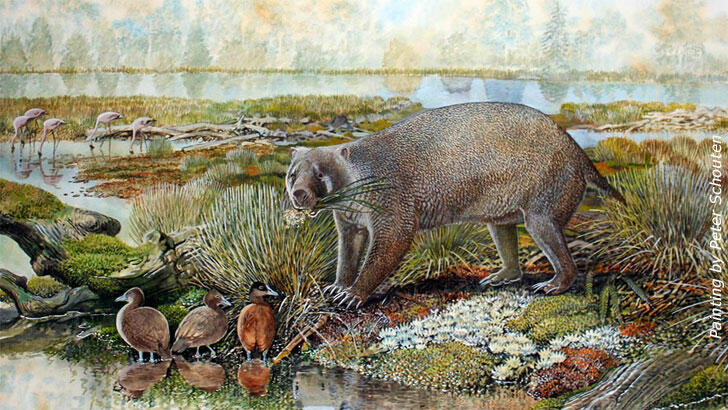 A Giant Wombat-Like Creature Once Roamed the Earth

A giant creature similar to a wombat once roamed the earth millions of years ago, scientists just announced. The newly discovered marsupial, given the name of Mukupirna, was the size of a black bear and weighed over 300 pounds. Such a creature would have been five times larger than today's wombat. "It is surprisingly large, particularity for that time period," researcher Robin Beck, from the University of Salford, told CNN. "It was one of the largest animals in Australia at that time."

In the painting above, Peter Schouten depicts a world of 25 million years ago, where the Mukupirna dines on the shores of Lake Pinpa in South Australia along with ducks and flamingos, whose remains were found in the same fossil deposit as the marsupial. Learn more here.