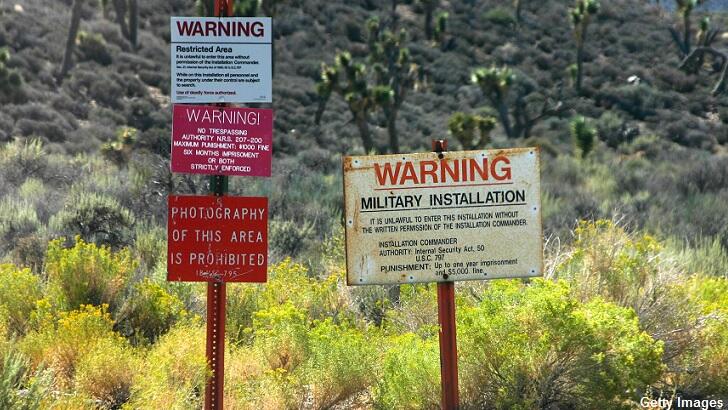 An audacious online plan to storm Area 51 in search of aliens has become such a viral sensation that the United States Air Force has issued a stern warning to any individuals hoping to take part in the siege. Created as a Facebook event last week, the concept behind 'Storm Area 51, They Can't Stop All of Us' captured the imagination of the public and sparked largely derisive headlines around the world. Nonetheless, over the course of just a few days, the number of people pledging to take part in the gathering grew exponentially to the point that, as of now, more than 1 million people say that they will be going to Area 51 on September 20th.

Considering that anyone in the world can simply click a button and indicate that they, too, will be storming Area 51, an overwhelming number of purported participants in the raid are almost certainly not really going to be heading out to the desert in two months. It's also a safe bet that they see the concept for what it was intended to be: a joke. Be that as it may, numerous media outlets have treated the story as if hundreds-of-thousands of UFO enthusiasts genuinely intended to force their way onto the facility long-suspected of housing some kind of hidden ET secrets.

In response to the somewhat surprising frenzy surrounding the 'Storm Area 51' idea and perhaps in the hopes of dissuading any foolhardy individuals who might take the concept seriously, the United States Air Force issued a statement to the Washington Post about the matter this past weekend. A spokesperson with the service told the newspaper that Area 51 "is an open training range for the U.S. Air Force, and we would discourage anyone from trying to come into the area where we train American armed force. The U.S. Air Force always stands ready to protect America and its assets."

The warning echoes what has been stressed by most media outlets in their coverage of the 'Storm Area 51' story so far: that it is a very bad idea. That said, whether the official acknowledgment of the plan by the Air Force will serve to definitively squash the idea won't really be known until September 20th when we find out if anyone actually shows up out at the outskirts of the secretive facility. For their sake, we sincerely hope that they ultimately opt to stay home, since they'll almost certainly wind up in big trouble if they go through with it, especially now that the whole world will be waiting to see what happens.