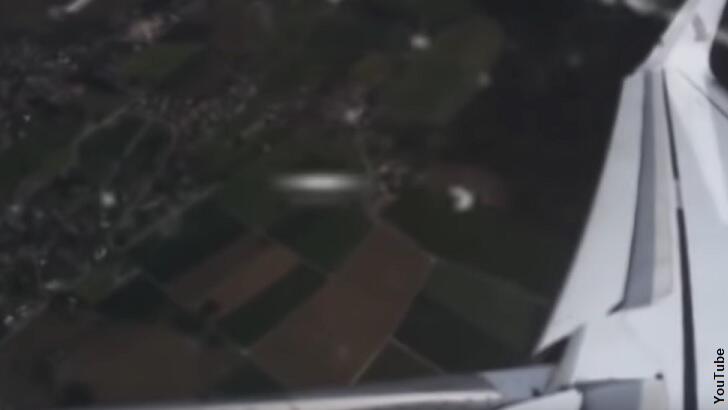 A dramatic video filmed by a passenger aboard an airliner flying over Switzerland shows what appears to be a near-miss with a UFO. The wild incident, which can be seen here, reportedly occurred as a Singapore Airlines jet was preparing to land at Zurich Airport on Sunday morning. Suddenly, in a worrisome moment as the airliner descends, the pilot comes on the loudspeaker and gives elaborate instructions for the passengers to brace themselves.

As the plane begins what seems to be a rather turbulent landing, the airliner slightly tilts and a curious white object can be seen zipping past the craft. The sight of the somewhat sizeable oddity causes the passenger to let out an understandably colorful exclamation. Based on the manner in which the pilot cautioned the people on the plane, it is believed that he likely saw the object coming towards them and was preparing for a possible collision. Fortunately, he managed to avoid contact with the anomalous aerial interloper and safely landed at the airport.