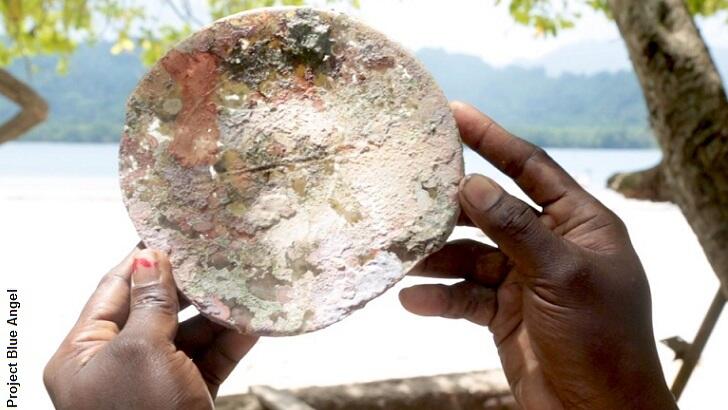 An Amelia Earhart researcher working with a team of divers believes that he may have found the wreck site of the famed aviatrix's lost plane. William Snavely has been on a quest to find the remains of the infamous aircraft since 2005 when he was reportedly tipped off to its final resting place by a corrections officer from Buka Island near Papua New Guinea. The spot would seemingly fit the flight path of Earhart's plane and, according to the researcher, had heretofore never been searched.

After obtaining permission from the local government to search the area, he enlisted a team of divers and experts to perform an initial expedition to the location where it is believed the now-sunken plane sits. What, exactly, was found during the 2018 dive is uncertain at this time as Snavely and his organization, Project Blue Angle, explained that the materials still needed to be thoroughly examined. That said, the group did share a tantalizing clue, seen in the image above, revealing that "initial reports indicate that a piece of glass raised from the wreckage shares some consistencies with a landing light on the Lockheed Electra 10."

Remarkably, a public relation manager for Project Blue Angel expressed considerable confidence about what the dive accomplished, telling Fox News that Earhart's plane was specially designed for her then-historic journey and that "some of those unique modifications appear to be verified in the wreckage that’s been found." Hoping to secure the funds for a second expedition to the site, Snavely and his organization have launched a crowdsourcing campaign to bring the team back to Buka Island and, quite possibly, solve the mystery of Amelia Earhart once and for all.