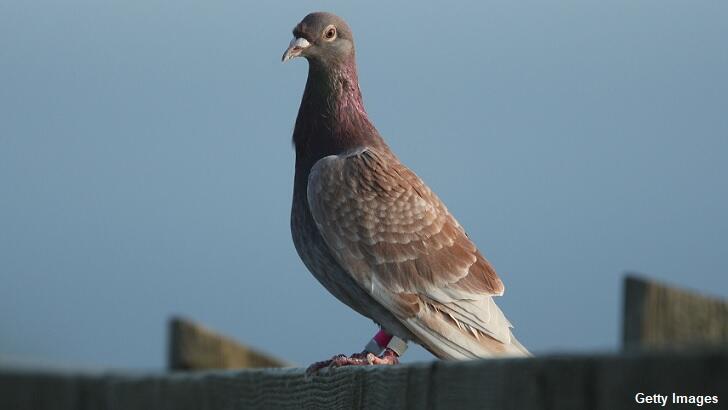 In a bizarre twist to an already weird story, a racing pigeon thought to have flown from the United States to Australia and subsequently sentenced to death over concerns about bird diseases being brought to the country has been granted a reprieve after its amazing backstory was revealed to be a hoax. The animal, which has been dubbed 'Joe' after president-elect Joe Biden, became something of a cause celebre this week when the tale of its incredible journey and unfortunate fate made headlines around the world. However, as is often the case with viral stories, new details have reportedly emerged which cast the entire account in a new light.

The animal's American origins had been based on a band around its leg which identified it as a racing pigeon belonging to a person in Alabama. However, upon hearing word of the bird and its tag, the American Racing Pigeon Union indicated that, in fact, Joe was an imposter as the registration attached to the creature actually traced back to "a blue bar homing pigeon, not the bird you see in the photographs." Put simply, they declared that "the band is counterfeit" and "the bird's home is in Australia somewhere, not the United States."

This revelation was apparently enough for Australia's Department of Agriculture, Water, and the Environment to decree that the bird's life would be spared. In a press release, they announced that "following an investigation, the department has concluded that Joe the Pigeon is highly likely to be Australian and does not present a biosecurity risk." Satisfied that its identification band was fraudulent, they concluded that "no further action will be taken by the department in relation to this matter." While it remains a mystery as to who outfitted the animal with a fake tag and why, this development is welcome news to bird lovers around the world who called for the Australian government to reconsider their decision to kill the creature.