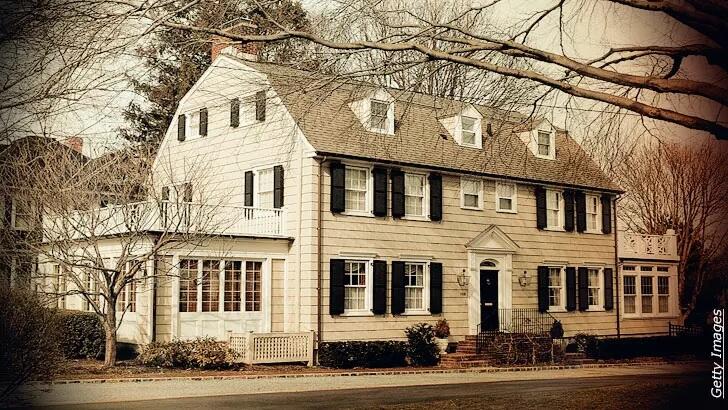 Ronald DeFeo, the convicted killer 'credited' with spawning the infamous 'Amityville Horror' poltergeist case, reportedly died in police custody late last week. The monstrous tale began back in 1974, when he murdered both of his parents as well as his four siblings in their Amityville, New York home. Although DeFeo's defense attorney tried to convince the jury that his client was insane at the time of the slayings, the strategy proved unconvincing and he was ultimately sentenced to 25 years to life in New York state prison. While the incident alone was undeniably nightmarish, what caused the case to find a place in paranormal history were the events that occurred when a new family moved into the house where the murders took place.

A little over a year after the DeFeos met their tragic demise, George and Kathleen Lutz along with their three children took up residence in the home which actually still contained some of the furniture belonging to the murdered family. Shortly thereafter, the Lutzes allegedly began experiencing all manner of frightening paranormal activity including slime oozing out of walls, furniture that moved, and objects that levitated. The torment that the family purportedly felt at the hands of whatever sinister force was in their home led them to flee after just a few shorts weeks, however their account of the case was later turned into a book titled The Amityville Horror, which captured the public's imagination and inspired a veritable cottage industry of books, television programs, and films.

The veracity of the Lutzes' account has been the subject of considerable debate over the years as subsequent occupants of the home reported having no unsettling experiences while living there. Be that as it may, the Amityville case has become something of a touchstone in the world of the paranormal, synonymous with haunted houses seemingly possessed by evil or unhappy spirits in a manner similar to how 'Roswell' immediately evokes thoughts of a flying saucer crash. Largely disconnected from the paranormal furor that his crimes seemingly sparked, DeFeo had been serving his sentence in the Sullivan Correctional Facility up until this past Friday, when he was taken to a hospital in Albany where he died of causes yet to be determined.

Coast Insiders can learn more about the Amityville Horror case by checking out the 12/27/2002 edition of the program featuring Art Bell interviewing George Lutz about his unnerving experiences in the home. Not a Coast Insider yet? Sign up today.