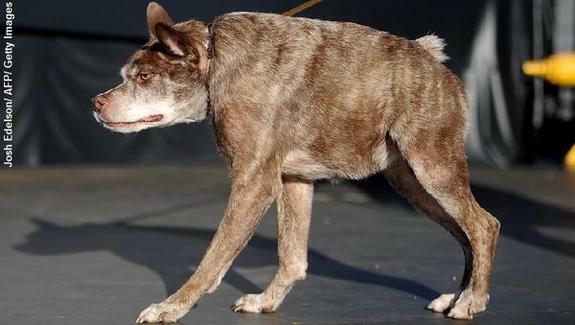 An Ugly Champion is Crowned

A mixed breed dog dubbed 'Quasi Modo' bested a field of twenty-seven repugnant competitors on Friday to claim the title of World's Ugliest Dog for 2015. The champion canine suffers from a shortened spine that gives her a hunchbacked appearance which has been known to frighten onlookers who mistake the dog for a wild animal. Although the annual contest may seem cruel, its ultimate purpose is to foster increased adoption from animal shelters. More on the story, including a gallery featuring some of this year's competitors, here.