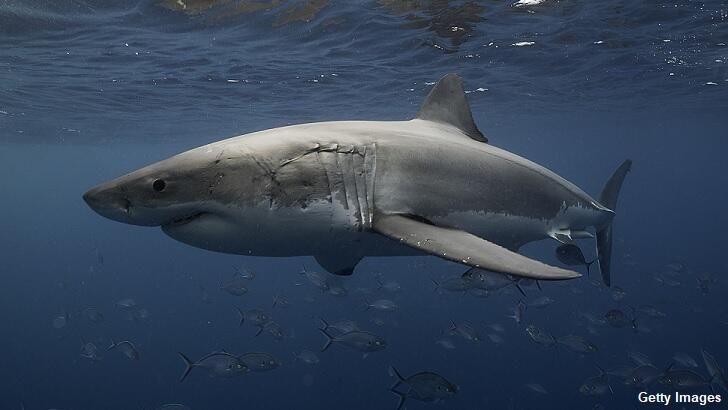 Scientists studying the fossil record found in deep-sea sediments stumbled upon a rather strange discovery when they noticed that the planet's shark population inexplicably plummeted around 19 million years ago. The puzzling find reportedly occurred as researchers were attempting to construct an "85-million-year-long record of fish and shark abundance" by way of microfossils found in deposits of mud that were unearthed during deep-sea drilling operations. While combing over this ancient material, they were left scratching their heads when they spotted a peculiar change in the shark population that defies explanation.

Around 19 million years ago, they determined, the abundance of sharks in the world's oceans dropped by a staggering 90 percent. The curious discovery is made all the more mysterious by the fact that researchers have no idea what could have caused the mass extinction event. Elizabeth Sibert, who lead the study, noted that "this interval isn't known for any major changes in Earth's history, yet it completely transformed the nature of what it means to be a predator living in the open ocean." To that end, scientists say that the massive drop in the shark population upended the planet's oceanic ecosystem and allowed an array of other creatures, that would have previously been proverbial shark food, to thrive.

As one might imagine, researchers are keen to dig deeper into this newfound mystery in the hopes of determining what, exactly, caused the heretofore undiscovered mass extinction event. One avenue that they hope to explore, which may hold some clues, is how this perplexing development may have changed the preferred habitats of the sharks that somehow managed to survive the population die-off. Additionally, scientists believe that determining the nature of the odd event could explain why the population of the oceanic creatures never recovered from whatever circumstances caused them to perish in such enormous numbers.