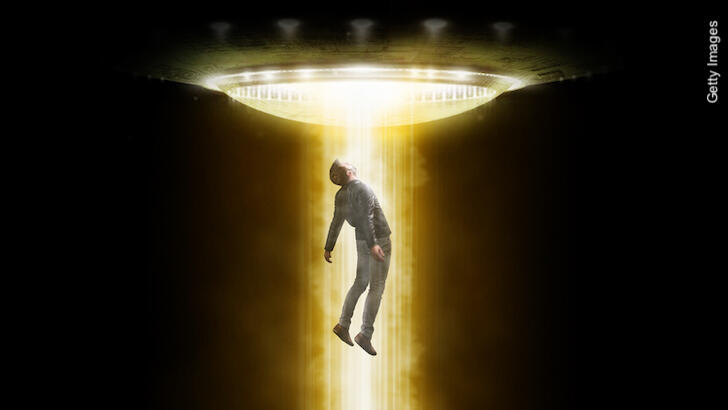 UFO enthusiasts may know England's West Midlands as a popular site of extraterrestrial activity—and at least one local reportedly wants answers about what can be done about it. In a forest in the town of Sedgley, a large sign has been erected bearing a message: "3 alien abductions here in one week. When are the council going to do something?"

Although it's not clear which three people the sign refers to—or how, exactly, the governing Dudley Council could stop the alleged abductions—the possibility of alien visitors is old news in the area. According to reports, West Midlands community members have logged numerous UFO sightings over the years, and off the record at least, some local officials acknowledge that there's something to them.

For now, however, authorities are stopping short of taking claims of an extraterrestrial abduction spree seriously. And apparently, they don't appreciate the attention the sign maker's claim has been getting: so far, the only action they say they plan to take is to have the sign removed. View an update to this story here.