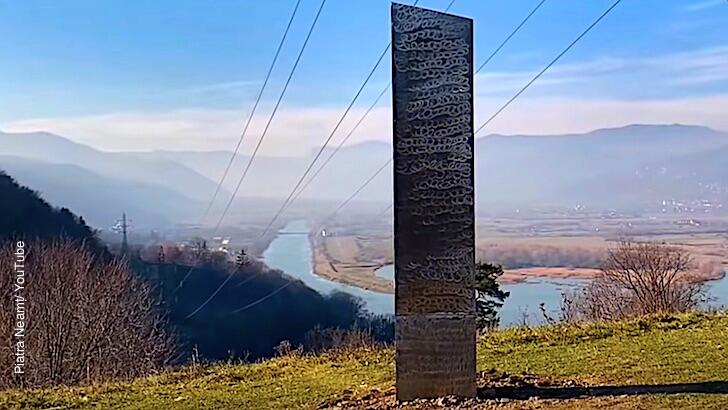 Another Mysterious Monolith Appears in Romania

Like something out of science fiction, another, very similar metal monolith has turned up in Eastern Europe.

Now that the enigmatic object has been removed from the wilds of southern Utah by hands unknown, act two has popped up in Romania, near an ancient fortress and a local holy mountain. Unlike its American cousin, Romanian Culture and Heritage official Rocsana Josanu said the metal sculpture currently rests “in a protected area on an archaeological site” on private land.

Once again, no one knows who installed the huge, polished monument or when, and once again, the operation was illegal. However, unlike the first one, this 13-foot object has a series of looplike shapes burnished into its surface. The metal behemoth on BLM land was highly polished and stood 12 feet high. Both are three-sided and triangular. A video from Romania shows that the object is hollow when tapped with a finger.

Whether this is some sort of worldwide art project, a hoax, or even the work of an alien race may never be known.