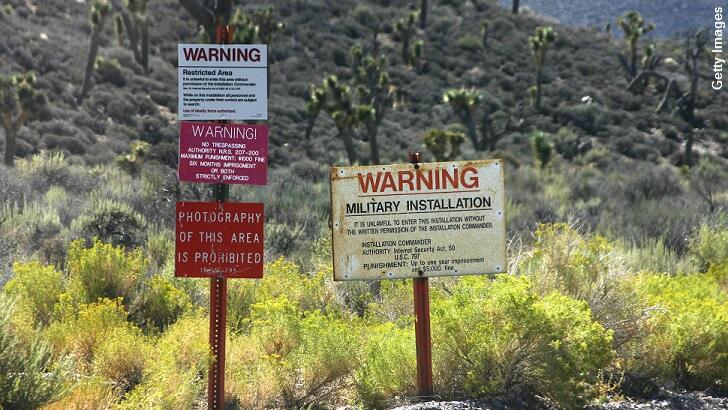 Are There Pokemon at Area 51?

The quest to catch them all appears to have spilled into the paranormal realm as one industrious Pokémon Go player ventured to Area 51 in search of the virtual creatures.

The adventure was inspired by social media musings that the notorious secret military facility was not only home to clandestine alien entities and craft, but now also Pokémon characters as well.

Taking up the call, gaming website Fraghero explored the area in search of answers and Pokémon.

As one might expect, there were indeed various characters found at key locations made famous by their vicinity to the infamous Area 51.

Spotted in front of the legendary 'Extraterrestrial Highway' sign was a Ponyta and a Rhyhorn was discovered at a nearby abandoned gas station.

There were also a handful of unclaimed gyms and three Pokestops located at the legendary Little A’Le’Inn.

Near the base, itself, the game seemed to detect Pokémon nearby, but Fraghero was prevented from exploring further due to the fact that they were at the border of Area 51.

That said, they did pick up several Pikachus along the way home.

According to the website, their expedition indicates that the popular paranormal tourist area is rife with opportunities for Pokémon players, provided they explore safely.

We'll have to take their word for it, because we really have no idea what any of this means.

That said, if the secret of Area 51 is somehow cracked open by an obsessed Pokémon Go player who simply has to snag whatever is inside the secret base, we just may have to start playing.

Until then, Coast Insiders looking to learn more about the iconic origin story of Area 51 should check out Bob Lazar's 11/23/2014 appearance on the program.