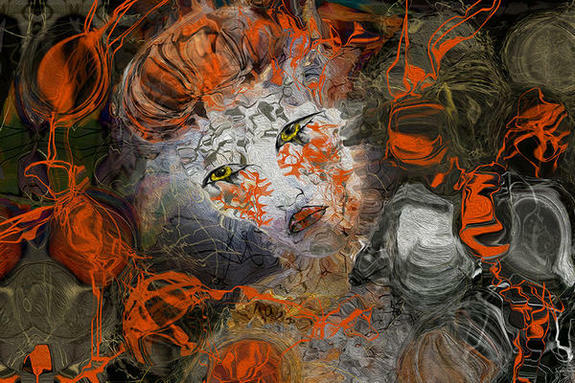 This painting represents the ancient Oracle of Delphi (a.k.a. "The Pythia"). She had considerable influence among the ancient Greeks, as well as the semi-Hellenic countries, such as Lydia, Caria, and even Egypt. She was also known to the early Romans and was consulted before all major undertakings, such as wars and the founding of colonies. She was believed to be a channel for the Greek god of the Sun, Apollo. My reason for painting this piece is because I believe I consulted the Delphic Oracle in a past life as well as her reincarnation in this life, specifically in February, 2005 in Sedona, Arizona. She revealed things to me about my late father and early life that only I could know. She also prophesied to me my personal destiny in this life.