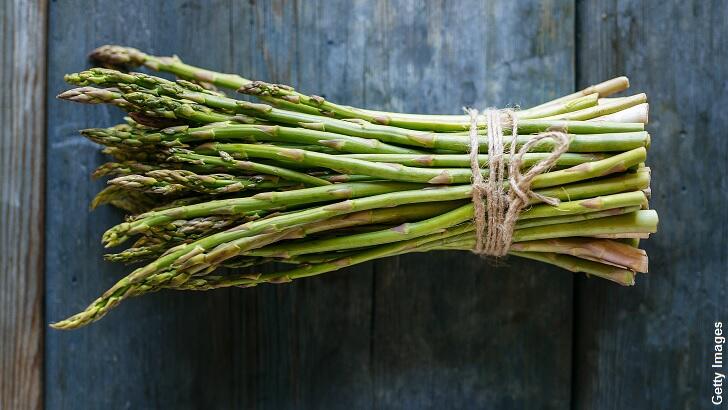 A psychic medium in England who forecasts the future using asparagus, of all things, has issued her predictions for 2019. Jemima Packington has become something of a TV celebrity in the UK thanks to her unique method of divination in which she throws a bundle of asparagus stalks into the air and then examines the pattern that they create on the ground to determine what will happen in the days ahead. Her purportedly high level of success and the odd nature of her work have even earned her the lofty title of 'The Asparamancer.'

And, in keeping with tradition, Packington recently issued her produced-powered predictions for the new year. Although some of the asparagus-aided insights are a bit vague, such as that there will be "extreme temperatures" and that "well-known British businesses" will go bust, she was remarkably specific in a few instances. For example, the Asparamancer foresees England winning the Women's World Cup in the summer of 2019 and also predicted "Oscar success" for the film A Star is Born.

Other predictions from Packington include a recession in the United States possibly stemming from the trade war with China as well as that the widespread concerns regarding England leaving the EU will prove to be overblown. She also foresees an "all-time high" in sales for asparagus, although one suspects that she may be a bit biased when it comes to that topic.

Meanwhile, a look back at her predictions for 2018 reveal a largely mixed bag as, although it came pretty close to happening, her most specific forecast, that Theresa May would be ousted as Prime Minster of England, failed to come to fruition. On the other hand, Packington's prediction that "one particular British actor" would have success at the Oscars was a hit thanks to Gary Oldman's 'Best Actor' win for the film Darkest Hour.