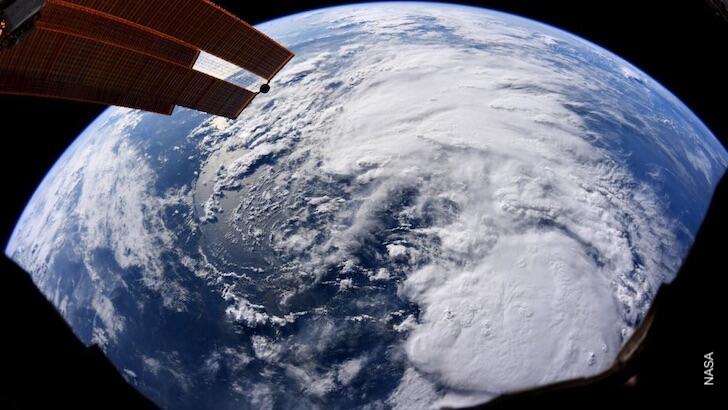 NASA astronaut Christina Koch shot a panoramic photo of tropical storm/ hurricane Barry from her perch on the International Space Station and posted it to Twitter on Thursday.

NASA’s Aqua satellite also imaged Barry after it made landfall at Intracoastal City, Louisiana at 2PM EDT on July 13. Barry was a hurricane for about three hours in the late morning and early afternoon on July 13, but weakened to a tropical storm after it passed over land. Nevertheless, the system will likely bring widespread flooding to the area as well as the lower Mississippi Valley. The storm is projected to move into Arkansas into Monday.

Coast To Coast urges our listeners in these areas to be careful and to seek higher ground if ordered by authorities.