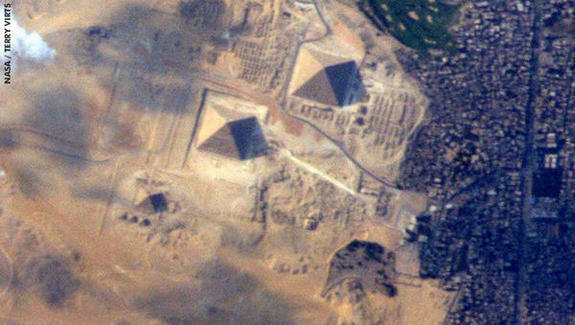 On his final day aboard the International Space Station, NASA astronaut Terry Virts captured a truly breathtaking photo of the Great Pyramids of Giza in Egypt. Virts recently returned to Earth via a Soyuz spacecraft on Thursday, June 11, after spending 200 days living on the ISS. "It took me to until my last day in space to get a good picture of these," Virts posted to Twitter about his shot of the Great Pyramids. More at Space.com.