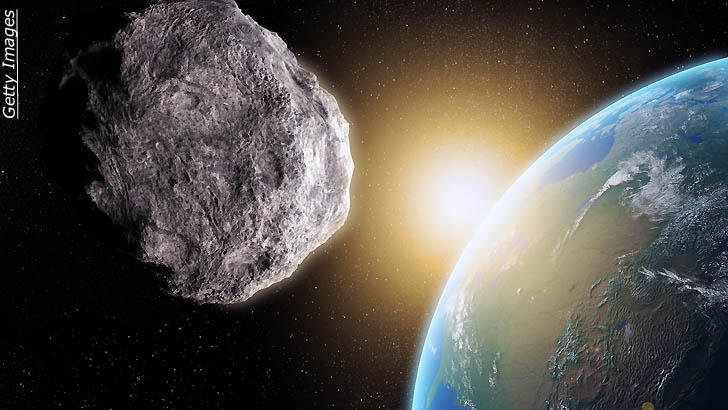 Astronomer Claims Approaching Asteroid is a Piece of Planet X!

An asteroid detected by NASA and due to pass by the Earth next month has spawned concern from a conspiracy-minded astronomer who believes that it is actually heading right for us!

The object, dubbed '2016 WF9,' was discovered by astronomers only a few weeks ago in a testament to how truly vulnerable the Earth is to unseen asteroids.

Although the space agency says that the object will not pose any danger to the planet, a rogue astronomer insists that NASA is lying to the world.

Dr. Dyomin Damir Zakharovich contends that the object is actually a piece of the infamous Planet X and that its impact on Earth could cause a massive tsunami if it hits the water or the complete destruction of a city if it strikes a populated area.

Even more worrisome is that Zakharovich argues that the event is a mere precursor for even more dire events which will happen when the world known as Niburu arrives later this year in October.

For those looking to plan ahead in case Zakharovich is correct, he claims that the asteroid impact will occur on February 16th, although NASA says the object will approach Earth's orbit on the 25th.

The two parties also disagree on the size of 2016 WF9 with Zakharovich saying it measures over a mile across as opposed to the space agency which believes that it is about half that size.

As with all apocalyptic predictions, this new dire warning will be put to the test and, in this case it will only be a few short weeks, so if it is the end of the world we won't have to wait too long to find out.