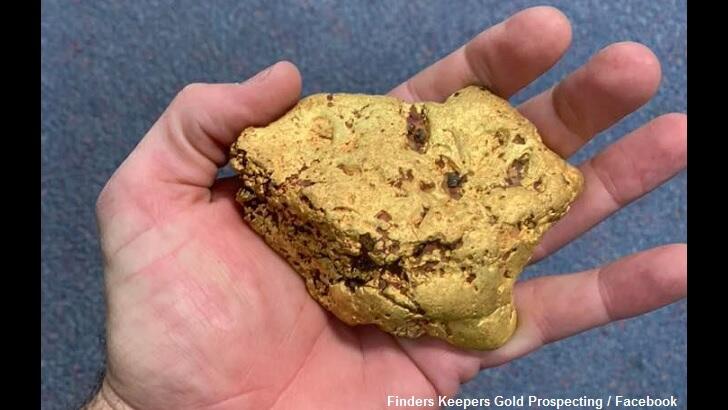 An Australian man armed with a metal detector hit pay dirt when he unearthed a massive gold nugget worth a small fortune. Choosing not to reveal his identity for obvious reasons, the treasure hunter reportedly made the remarkable find in a region of the country which was once the site of a gold rush during the 1800s and remains the country's primary source for the precious metal. He subsequently stopped by a metal detector shop that he frequents to show the enormous piece of gold to the owners.

According to the proprietors of 'Finders Keepers Gold Prospecting,' who shared images of the incredible chunk of gold on their Facebook page, the nugget weighs a whopping three pounds and looks to be about the size of a fist. "He walked into my shop and showed me the nugget in his hand with a big smile on my face," the store owner recalled to the BBC, "the density of it was incredible, so heavy." Based on the current price of gold, the find is estimated to be worth a jaw-dropping $69,000.