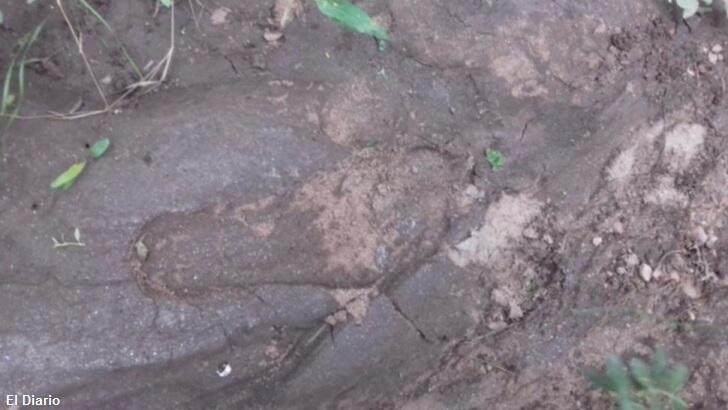 Authorities Hunt for Bigfoot in Argentina?

A strange saga unfolding in Argentina has seen police mobilize in search of a mysterious creature that might be a Bigfoot. The bizarre story reportedly began ten days ago when residents in the rural community of Quines caught glimpse of a dark-colored creature standing around six feet tall. One witness who spotted the oddity said that it was able to vault over a pair of tall barbed wire fences with the ease of a skilled athlete.

An environmental investigator tasked with looking into the matter subsequently found some intriguing tracks which he described as "similar to those of a human foot" except considerably larger than what one might expect from a person. The discovery of the prints was enough to compel authorities to put together a proverbial posse of ten police officers and five ranchers to search for what they initially suspected was a gorilla. This hypothesis was met with doubt, however, by animal experts who argued that the location of the sighting and the description of the creature seemed to eliminate that as a possibility.

Be that as it may, the makeshift search party spent the next eight days exhaustively looking for the out-of-place animal to no avail. Their fruitless effort was particularly maddening to one concerned resident who lashed out at critics that mocked the weird hunt. "People say nonsense and laugh but we would not mobilize the police or make you spend resources or walk until dawn, tired, without sleep, for a joke," said the man, "we saw it very clearly that Sunday. That's why we went to the police. Those who laugh I would like to have them here in the field to see that we are looking for an animal and that we are not crazy."

It would seem, however, that even the authorities in Argentina were eventually left scratching their heads over what was seen in Quines as they ended the search and began backtracking on claims that the creature was a gorilla. Their vague new assessment of the situation is now that the witnesses merely saw a "black bulge" and not an actual gorilla. Meanwhile, a veterinarian who examined the prints that caused all the commotion argued that, in fact, they had come from a human. This would seem to contradict the initial statement from police in which they expressed, with a strong degree of certainty, that the track was too large to be from a person.

And, as one can understand, the declaration that there was no gorilla in the area has been met with considerable consternation from witnesses who are sure of what they saw. With that in mind, it has been suggested by some observers that an answer which may satisfy all camps is that the mystery animal was, in fact, a Bigfoot. Unfortunately, the team tasked with tracking down the oddity never raised this possibility with the media, although they may have also wanted to avoid additional ridicule and panic over the situation. What do you think is lurking in Quines? Share your theory with us at the Coast to Coast AM Facebook page.