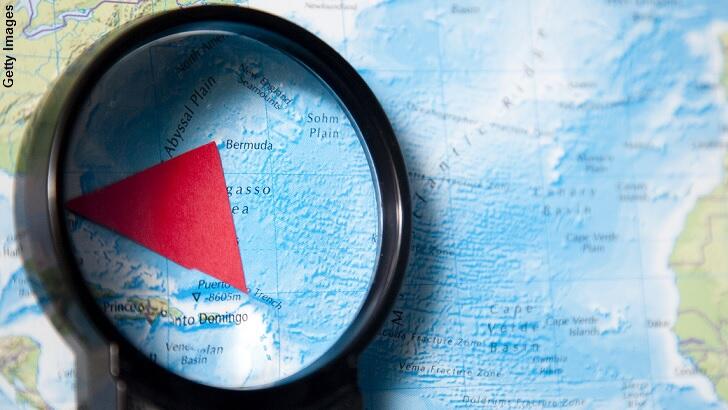 For some strange reason, an Australian scientist is making headlines for purportedly solving the Bermuda Triangle mystery by rehashing decades-old explanations already offered by skeptics.

Dr. Karl Kruszelnicki, a popular television personality somewhat akin to Bill Nye in America, likely didn't expect to stir such furor when he pontificated about the infamous esoteric enigma in a recent interview.

Asked what may be behind the many ships and planes which purportedly vanish in the Triangle, Kruszelnicki simply dismissed the mystery out of hand.

The scientist noted that such disappearances are in keeping with statistical norms, especially since the area has heavy traffic due to its proximity to America as well as the equator.

Kruszelnicki ultimately pointed to the high profile disappearance of Flight 19 as the catalyst for the mystery of the Triangle as an urban legend, of sorts, despite his belief that the event was simply due to pilot error.

One the idea of the Bermuda Triangle entered the zeitgeist, he observed, the mystery managed to take hold in people's imagination where it has remained ever since.

Although Kruszelnicki's explanation for the Bermuda Triangle is nothing new and, in fact, can be traced back to the 1970's, his interview has resulted in a number of recent articles touting that the mystery has 'finally been solved.'

Of course, that is far from the case as disappearances continue to happen in the Triangle and many believe people still believe that there is something unnatural about the location.

Meanwhile skeptics continue to offer scientific reasons for these events which go beyond the statistical reasoning offered by Kruszelnicki and that are often times upended as easily as paranormal explanations.

In a sense, the manufactured excitement over the scientist's interview is a testament to how, when it comes to classic mysteries like the Bermuda Triangle, everything that was once old eventually winds up becoming new again.