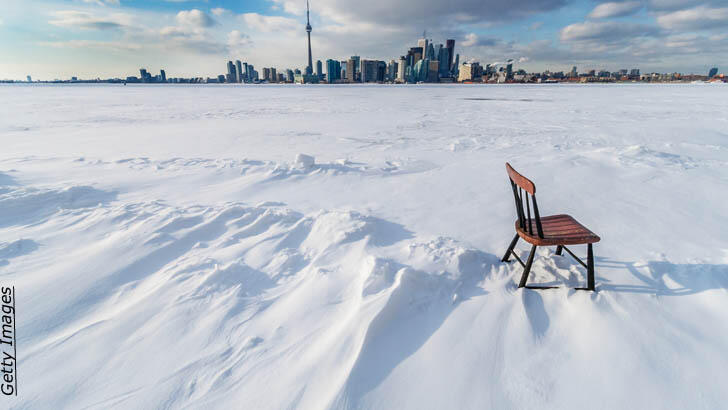 Better Bundle Up - A New Ice Age Might Be Coming!

After last year's snowy devastation of the northeast, a new ice age may be on the way – one that will cause untold worldwide devastation. John L. Casey, a former national space advisor to the White House and climatologist , told C2C on 9/2/15 that he believes an ice age is fast approaching - not millions of years from now but in the next 20-30 years!

Casey, the author of "Dark Winter," claims mainstream media and politicians are way off the beam when it comes to analyzing long-term weather cycles. He says they shouldn't be concerned about "global warming" but "global cooling." Using a "periodic predictable table" and a 206 year cycle of solar activity, Casey says we're due for a major "solar hibernation" event.

Casey first discovered "solar hibernation" eight years ago and made his findings known to the White House and mainstream media. NASA has since confirmed his discovery. Simply put, during a period of hibernation, the sun "sleeps", putting out a lot less energy. Less solar energy means less warmth on Earth.

This unheard of climate change won't be due to "Orwellian controlled" beliefs of global warming which Casey said ended years ago. What we have to worry about is a "little ice age" that will strike within the next two to three decades, he told George. And as we transition to "major cooling", global weather conditions may become impacted -- generating upheaval within the planet's crust.

Super-volcanic eruptions could rip from the bowels of the Earth as the very landscape of the known world is lost forever in a calamitous sequence of extinction threatening events. How will we be able to survive this post-apocalyptic permafrost environment? Casey said governments have made little to no preparations. There's "no money for global cooling," he warned.

For more, listen to the 9/2/15 show in its entirety. Not yet a Coast Insider? Sign up here.