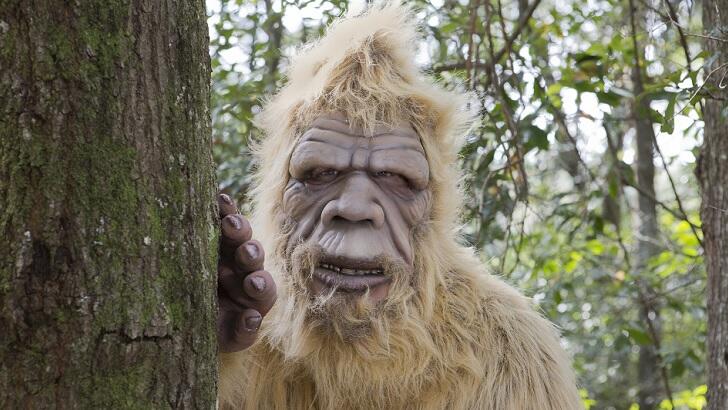 A community in Utah has come together following a bizarre incident in which a miscreant chopped the head off of a Bigfoot display that had become something of a local fixture. According to a local media report, the Sasquatch in question resides in the town of Benson and was created by Heidi and Jay Rees in response to the difficulties that so many people have experienced over the last year. "We were just sick of politics and sick of COVID and of everybody just being so negative," she said, explaining that this inspired them to dress a mannequin up as the famed cryptid and then place the 'creature' throughout the community as a way of raising the town's spirits.

It would seem that the concept worked as the faux Bigfoot, which was given multiple wardrobe changes and moved to different locations over the course of the last few months, served as a fun distraction for residents of Benson. However, all that changed last weekend when Rees discovered that the Sasquatch was suddenly missing its head! "At first I thought somebody had blown its head off with a shotgun," Rees recalled, indicated that further inspection revealed that a ne'er-do-well had actually gone so far as to remove the Bigfoot's head with a reciprocating saw, which she understandably described as "really weird."

When word of the beheaded Bigfoot spread on social media, residents of Benson were crestfallen that their proverbial mascot had been dismembered in such a heinous fashion as can be seen in the image below. In turn, the townspeople quickly sprung into action, launching a crowdfunding campaign to restore the Sasquatch and procure cameras to ensure that the display does not fall victim to vandals again. The call for donations proved to be a big success as residents pledged funds that far exceeded the initial monetary goal of the campaign, suggesting that the Bigfoot will soon have a new head and, hopefully, some protection to prevent any similar incidents from happening again in the future.