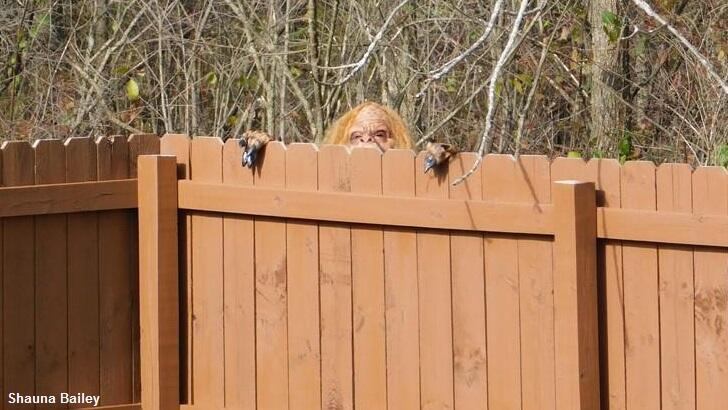 A real estate agent in Ohio came up with a rather clever way of ensuring that her latest listing captured the attention of prospective home buyers by featuring Bigfoot in some of the photos showcasing the property. The cryptozoological concept was reportedly the brainchild of realtor Shauna Bailey, who initially intended to use a Sasquatch costume which she purchased last month to spice up images of an otherwise unremarkable vacant piece of land that she was selling.

The faux Bigfoot wound up becoming 'domesticated' when she shared the idea with a family whose home she represented and they responded enthusiastically to the Sasquatch-themed sales pitch. Bailey subsequently staged a number of shots at the residence in which Bigfoot can either be seen lurking in the backyard or, in more amusing instances, enjoying the house's amenities. "I had one where he was peeking in the window," she told a local TV station, "but I thought that might be too much."

It would seem that the concept worked as the listing for the property in the city of Ravenna has garnered a fair amount of news coverage far beyond Ohio. While this may be the first time that Bigfoot has been used to help sell a home, there were two instances last year in which the paranormal found its way into the real estate world in a similarly amusing fashion. A man in Canada told would-be buyers of his property that it was "Certified Zombie Free" and a realtor in Texas turned heads with a yard sign declaring a house for sale to be "Not Haunted."