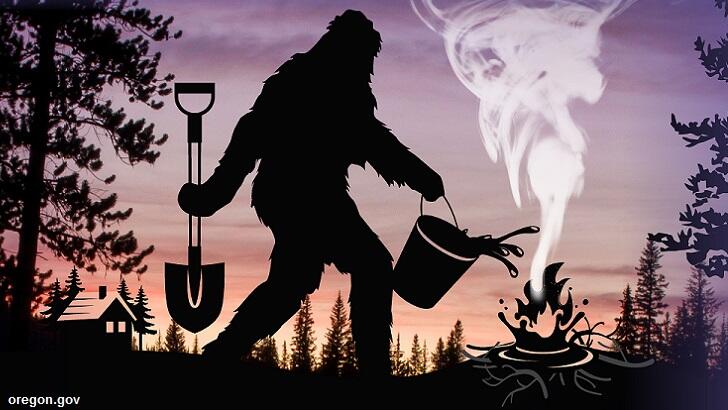 In an effort to raise awareness about the dangers of wildfires, officials in Oregon have turned to a familiar furry face: Bigfoot. The iconic cryptid is the star of a clever new safety campaign created by the state's fire marshal office. The premise of the project is that since Sasquatch is believed to live in the wilderness of the Pacific Northwest, it is imperative that residents of the region protect the creature's home by doing their part to prevent forest fires.

Dubbed 'Believe in Fire Safety,' the campaign features a bevy of Bigfoot-themed graphics designed to be shared on social media as well as coasters and stickers which will be available at fire service agencies throughout the state. The images show Sasquatch out in the wilderness hiking, fly fishing, and, of course, putting out campfires along with messages like "Leave Only Footprints" and "Don't Let Wildfire Be the One that Got Away." The complete array of offerings can be found at the Oregon Office of State Fire Marshal website.

The decision to enlist Bigfoot in the campaign is another testament to the popularity of the legendary creature in communities across the country. That said, the state's embrace of the cryptid may raise eyebrows in neighboring Washington, which has seen their attempt to 'honor' Sasquatch as their "official cryptid" sputter due to bureaucratic red tape over the last three years. Considering that one of the prime motivators for the move was to lay claim to the creature "before Oregon does," one hopes that the fire safety project does not spark something of a cryptozoological turf war between the two states.