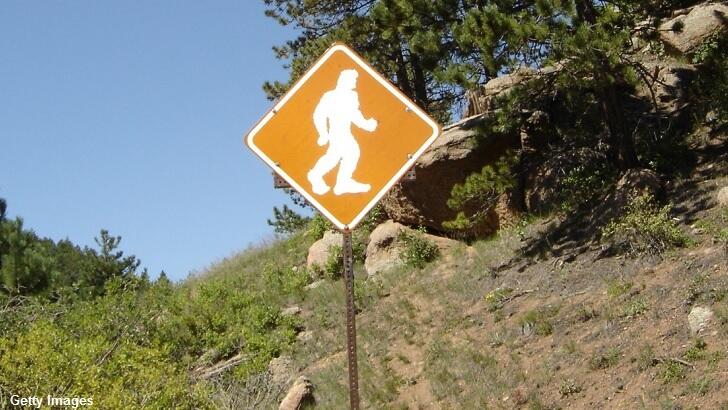 A town in North Carolina has become the latest municipality to officially embrace Bigfoot by way of a proclamation declaring the creature to be their 'official animal.' The community of Marion was put on the proverbial Sasquatch map last summer when a research group based in the area allegedly spotted the legendary cryptid during an expedition. Although questions remain as to whether or not it was a genuine sighting, that hasn't stopped the town from taking their connection to the creature even further.

In anticipation of a forthcoming Bigfoot festival, officials in Marion have bestowed the title of the town's 'official animal' to the creature. Despite conceding that the declaration was "a little different," the town's manager mused to the Charlotte Observer, "who is to say what's out there? Nobody knows for sure, and there are some smart people who are convinced it's real." Among those individuals is area researcher John Bruner, who is largely credited with having spearheaded the drive to have the creature recognized by the town.

Sasquatch being named the 'official animal' of the upstate New York village of Whitehall earlier this summer inspired Bruner to pitch the concept to Marion officials. The two communities join a growing list of cities and towns that have officially adopted Bigfoot in one form or another. However, unlike Jefferson, Texas and Evergreen, Alabama, who declared themselves the 'Bigfoot capital' of their respective states, Marion's announcement may serve to stir up a bit of controversy.

That's because they are actually the second community in North Carolina to go 'all in' on Bigfoot. The town of Troy made news last year thanks to a 'rebranding' effort which saw Sasquatch featured on tourism brochures and at local festivals as their unofficial mascot. Although Troy did not name the creature as their 'official animal,' that certainly seems to be case in spirit and leaves one wondering if two towns in the same state can both lay claim to Bigfoot or if this is a sign that perhaps the trend may have finally 'jumped the Sasquatch.'