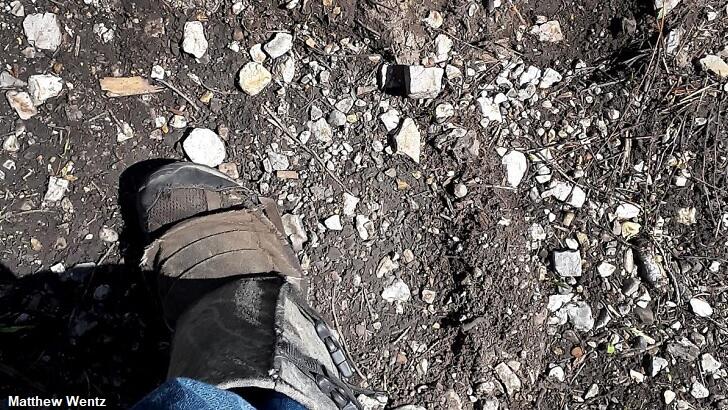 A hiker exploring a forested area of Utah last month stumbled upon a sizeable impression in the dirt that he suspects could have been left behind by Bigfoot. According to a local media report, Matthew Wentz spotted the possible print last month while visiting the Mount Naomi Wilderness area. En route to a ravine he was interested in seeing, he initially passed over the potential track without giving it all that much thought and it only really caught his attention when he was headed back in that direction later in the afternoon.

"It looked different from that angle. I thought, 'wow, that is really weird,'" Wentz recalled, "I was looking at the depth of it and how wide it was." To that end, he says that the impression was approximately 16 to 17 inches long, 7 inches wide, and a half inch deep. "I thought it was probably older because you could tell there were pebbles on it," the avid hiker observed, suggesting that the mark was likely made at some point when there had been snow in the area as, at this time, the ground is so hard that it would be difficult for a large animal to leave behind a print "even if it weighs 1,000 pounds."

"You would need something the size of Old Ephraim to make a track like that," he mused, referencing a legendary grizzly bear renowned in local lore for its immense proportions. The admitted believer in Bigfoot didn't outright declare that the print came from the elusive cryptid, but expressed the strong suspicion that was the case. "I have my doubts and I'm skeptical myself," he said before arguing that "Native Americans have been talking about Sasquatch for hundreds of years. It’'s not a joke, there is something out there."