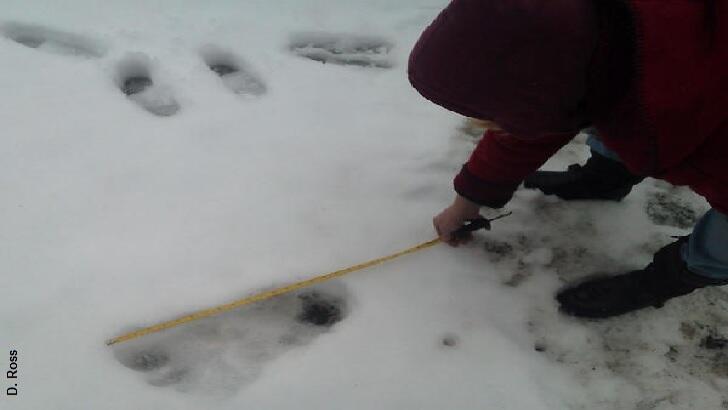 A four year research project aimed at acquiring evidence for Bigfoot in Oklahoma has produced some tantalizing clues about how the creature may behave.

The process produced an amazing 49 Bigfoot sightings but, sadly, no photographic evidence of the creature.

"People ask us that all the time, well why don't you have any pictures. Well it's not for a lack of trying," group member Daryl Colyer told KTLU in Oklahoma.

He explained that attempts to utilize cameras during the project continually failed to produce any compelling pictures.

Colyer theorized that Bigfoot is aware of the cameras and, thus, avoids areas where they may be in use.

However, the study did produce a number of compelling hints as to what Bigfoot's behavior may be like.

The NAWAC reported an inordinate number of 'wood knocks' seemingly in response to researchers attempting to communicate with the creature by banging on trees.

It also observed a myriad of strange circumstances surrounding rocks where they would be found in odd locations or thrown at researchers from an unknown origin, presumably by Bigfoot.

Perhaps the most interesting discovery suggests tool use from the creature as researchers found areas where hickory nuts were seemingly smashed by a small rock on top of a larger rock.

Despite compiling an exhaustive report on their research, the NAWAC plans to continue their quest for Bigfoot evidence and have come up a novel concept to possibly pin down the creature.

The researchers have taken to hanging glue-covered trackers seven feet high above the ground throughout the forest aimed at inadvertently snagging a Sasquatch.

Should the tactic prove successful, some brave but unlucky members of the NAWAC may find an ornery and embarrassed Bigfoot with a tracker stuck to its head somewhere in the Ouachita Mountains.