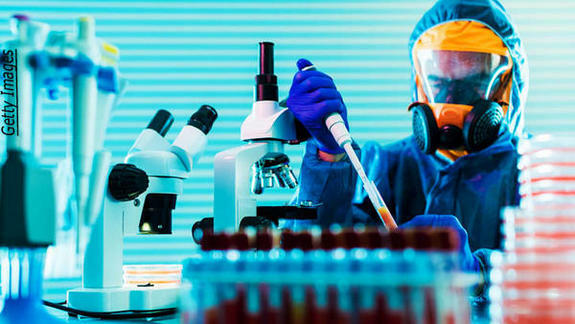 The bioterror labs have been under scrutiny since May, when CDC investigators found that the hush-hush lab at the Army's Dugway Proving Ground had accidentally been shipping live anthrax samples around the world – for years! According to USA Today, the Utah lab mandate was to ship dead samples of the killer pathogen.

Overseeing other armed forces bio-facilities, Army Secretary John McHugh issued an immediate "cease and desist" order. "Select agent pathogen" production will resume once the slipshod bio-tech facilities clean up their act or in the advent of a national emergency, the Pentagon said. Back in 2007, author Harry Helms told C2C about the Dugway germ warfare experiments, claiming that the anthrax sent to Congress in 2001 were "likely intercepted from the facility."