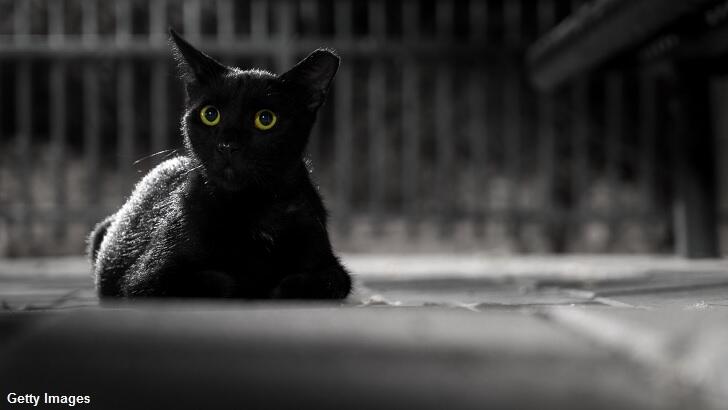 An unsettling seven black cats have mysteriously gone missing from a pair of neighboring communities in England and some residents suspect that witchcraft could be to blame.

The unsettling disappearances have taken place over the last two months in the villages of Croft-on-Tees and Dalton-on-Tees, which sit about a mile apart from each other.

What makes the incidents particularly worrisome to residents is that only black cats appear to be the target of the feline pilfering frenzy.

One unfortunate victim named Harriet Boyd actually lost two of her beloved black cats in a matter of weeks, leaving her family devastated.

Having heard of the other incidents involving such pets mysteriously vanishing, she mused to the Times that "we've come to the inevitable conclusion that someone is taking the cats," but conceded that she is mystified as to why.

That said, Boyd did offer one unnerving possibility: "I have been thinking in terms of witchcraft or perhaps the closeness to Halloween. It's a disturbing thought but it's still there."

Why one would want or need seven black cats is a question that may be too ominous to ponder for some, but police are investigating the disappearances and hope to put a stop to whatever weirdness is unfolding in the villages.

Until then, owners of black cats would be wise to keep their feline friends indoors for the time being since the streets no longer appear to be safe for the iconic Halloween creatures.