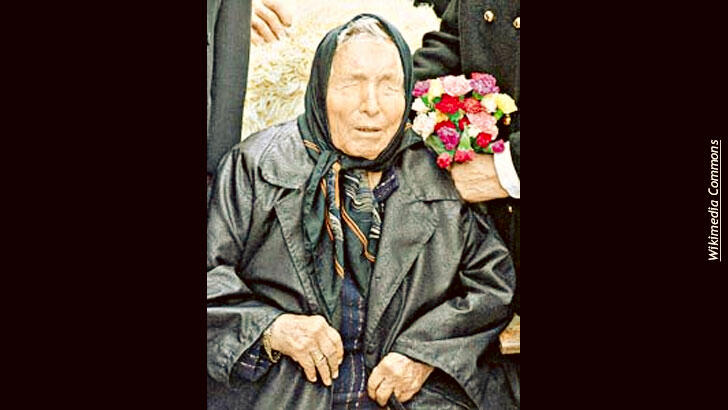 Blind Mystic's Predictions for 2019 and Beyond

Known as the 'Nostradamus of the Balkans,' Baba Vanga passed away in 1996 at age 85, but more than two decades later her recorded prophecies continue to stir the imagination. Said to have accurately foreseen such events as 9/11 and the 2005 tsunami in Indonesia, her predictions for 2019 include a new devastating tsunami in Asia, a giant meteorite hitting Russia, and an economic collapse for the European Union. Additionally, she reportedly described an assassination attempt on Vladimir Putin and a baffling illness for Donald Trump occurring in the forthcoming year.

The Bulgarian prophetess (who according to accounts went blind after being swept up in a mysterious tornado) made far-flung predictions that are fascinating to consider: