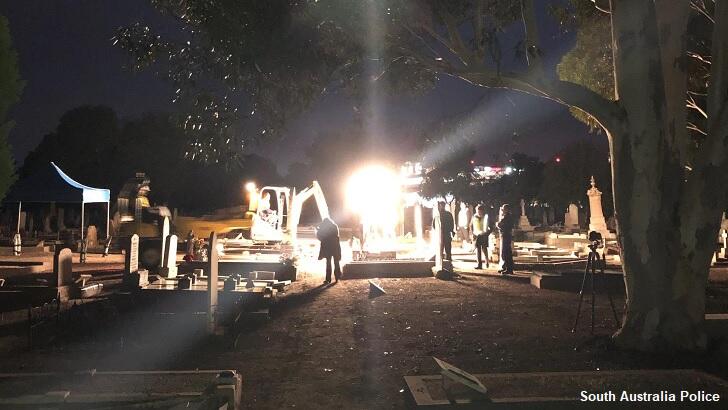 A decades-old mystery in Australia may soon be solved as officials in the country have exhumed the body of the 'Somerton Man' in the hopes of identifying him once and for all. The curious case, which is something of a fixture in true crime circles, began back in 1948 when the body of a man was discovered on Somerton Beach in the city of Adelaide. The individual, clad in a suit and tie, immediately posed something of a puzzle to investigators at the time as he bore no identification and possessed a suitcase full of clothing that had their labels removed. Additionally, sewn into one of the man's pockets was a scrap of paper with the Farsi words Tamám Shud, meaning "it's finished."

An exhaustive attempt to identify the man and determine how he had died proved to be futile at the time, giving rise to an array of various theories which have been bandied about for decades ever since. Now, however, new insights into the 'Somerton Man' may finally come to light as authorities in Australia have exhumed his body with the intention of using modern-day scientific analysis to glean potential clues that had been hidden, so to speak, from investigators in 1948. In a press release detailing the exhumation, Doctor Anne Coxon, who is part of the research team set to examine the remains, mused that "the technology available to us now is clearly light years ahead of the techniques available when this body was discovered."

Specifically, scientists hope to extract DNA from the body which could, if enough genetic material can be recovered, allow for a genealogical investigation that might ultimately determine who the Somerton Man. Failing that, a partial piece of DNA might allow for researchers to at least figure out where in the world the individual had originated. Although they caution that because the remains were embalmed prior to burial, the genetic material may have been corrupted due to chemicals used in the process. To that end, Coxon stressed that "tests of this nature are often highly complex and will take time, however, we will be using every method at our disposal to try and bring closure to this enduring mystery."

South Australia Attorney General Vickie Chapman sounded similarly optimistic about the chances of closing the case. "For more than 70 years people have speculated who this man was and how he died," she said, "it's a story that has captured the imagination of people across the state, and, indeed, across the world, but I believe that, finally, we may uncover some answers." Considering how DNA technology has proven to be rather wondrous when it comes to solving previously indecipherable crimes and other curious historical oddities, one can certainly be forgiven for having hope that we just might learn the Somerton Man's name at long last.