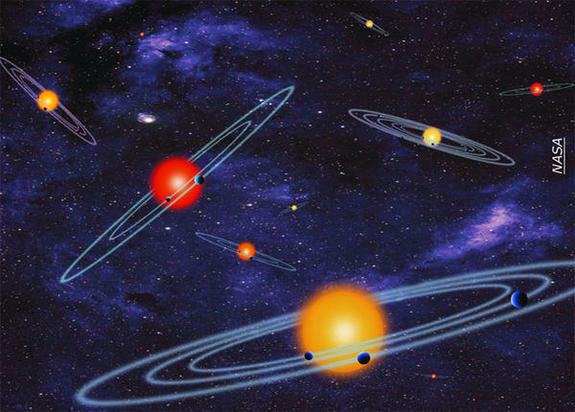 NASA's Kepler mission has announced a stunning bounty of new planet discoveries-- 715 new planets that orbit 305 stars! These new planets are all in multiple-world systems like our solar system, and four of them orbit in the so-called habitable zone, where temperatures could be warm enough for liquid water. More here.

Pictured: Artist concept depicts multiple-transiting planet systems, which are stars with more than one planet. The planets eclipse or transit their host star from the vantage point of the observer.