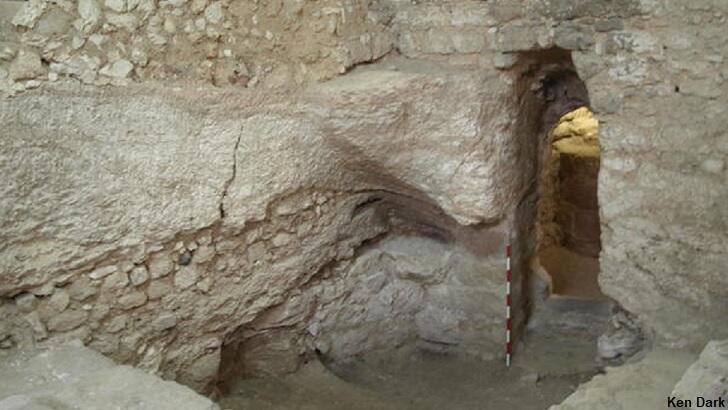 An archaeologist from England believes that a house found beneath a convent in Nazareth was the boyhood home of Jesus Christ. The man behind the bold claim is Reading University professor Ken Dark, who has reportedly been studying the remnants of the residence for the last 14 years. He argues that the structure, which has been identified as being built in the first century AD, is a fairly ordinary home for the time period, but it also boasts a number of elements which, he contends, reveal its profound significance.

Specifically, Dark notes that the construction of the house is in keeping with the advanced skill level of a type of craftsman which Joseph was known to be. Additionally, he says, the church which sits atop the residence is undoubtedly a cathedral that was once described by a visitor to the city in 830 as being famously built over the childhood home of Jesus. "Whatever's there, whoever built the Sisters of Nazareth church believed it was a major thing," he mused, "and something that was presumably considered close to or as important as the annunciation. That doesn't leave that many options."

Almost as remarkable as Dark's fantastic theory is that he seems to be the only archaeologist advancing the hypothesis as the site had previously been dismissed and subsequently forgotten about by other researchers. "None of this stuff had been touched for generations," he marveled, "it was incredible to see how little attention there's been." Although Dark concedes that there may be no possible way to conclusively prove that the home was truly that of Jesus Christ, he insisted that "I'm an archaeologist. I'm not making up stories, I'm working off evidence. what's there on the ground is very consistent, very convincing."