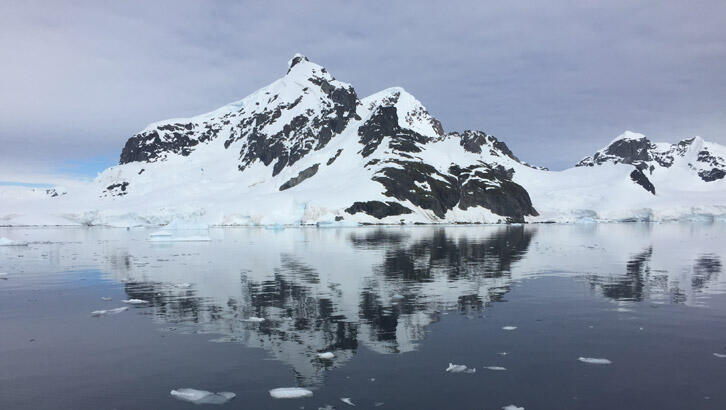 Brad Olsen has provided several images to accompany his appearance on the 5/15/21 show to discuss expeditions to Antarctica, including those by Germany in the Nazi era. 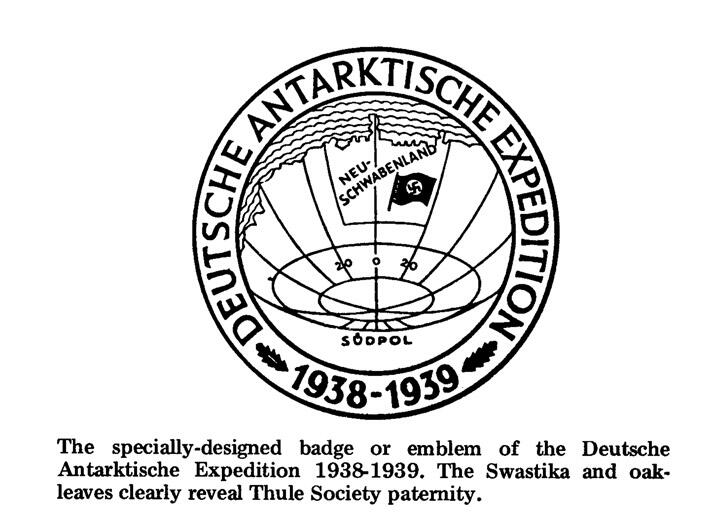 A secret Nazi expedition in 1938-1939 led by Alfred Ritscher, was dispatched to Antarctica by Field Marshal Hermann Goring, who was interested in both claiming territory and protecting Germany’s growing whaling fleet. 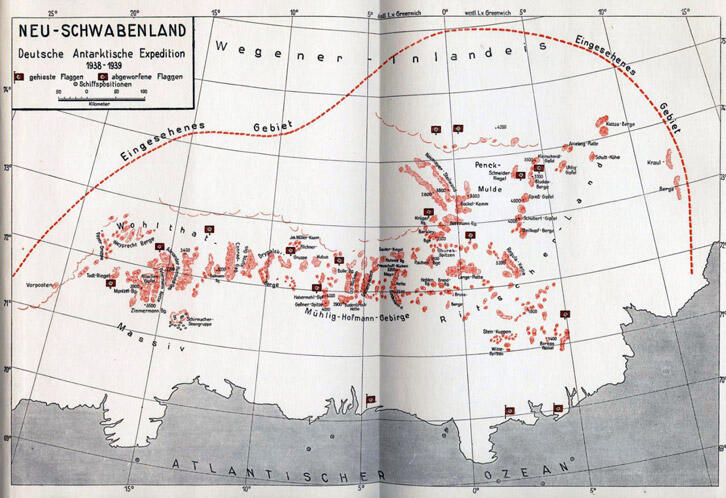 The expedition used seaplanes to overfly vast stretches of the ice sheet, dropping 1.5m darts inscribed with Swastikas to establish sovereignty – claims that were never recognized. This is the German map of New Schwabenland. 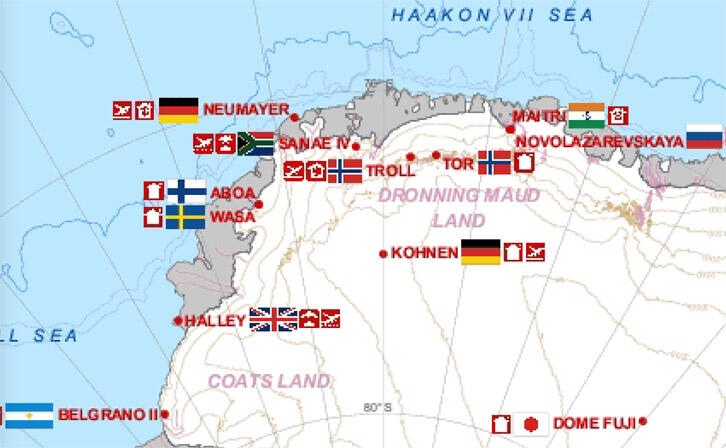 This Cold War era map shows the West German bases in 1986, including the seasonal Kohnen base. Under the ice "craft" in New Schwabenland. Top images taken from Google Earth in 2013. 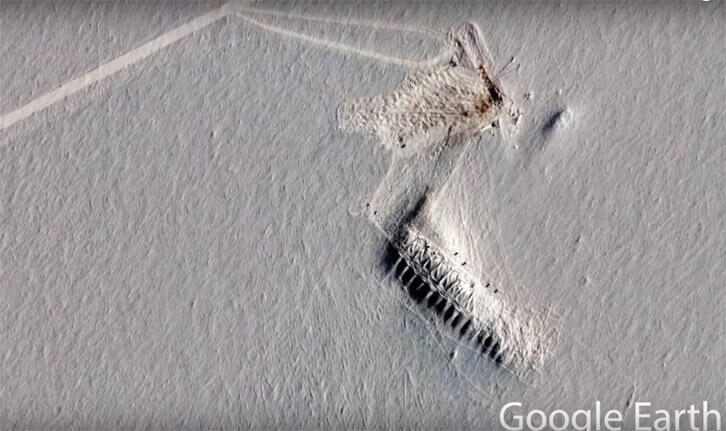 Perhaps the Nazis discovered this anomaly under the ice, and the Kohnen Station is a summer German research station which exists to this day to continue work there? 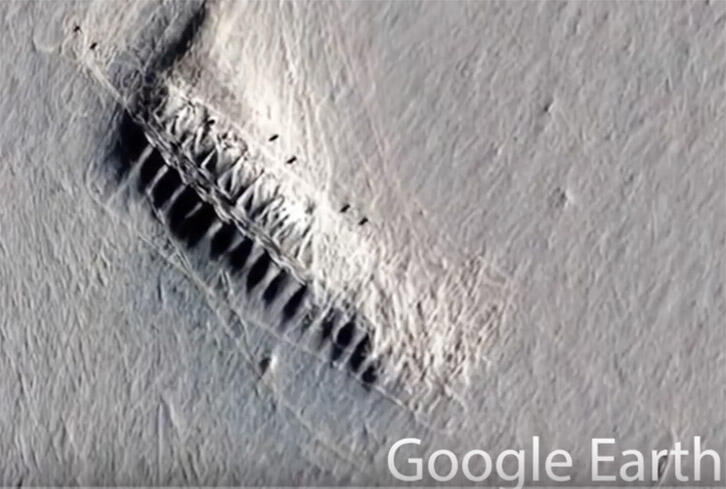 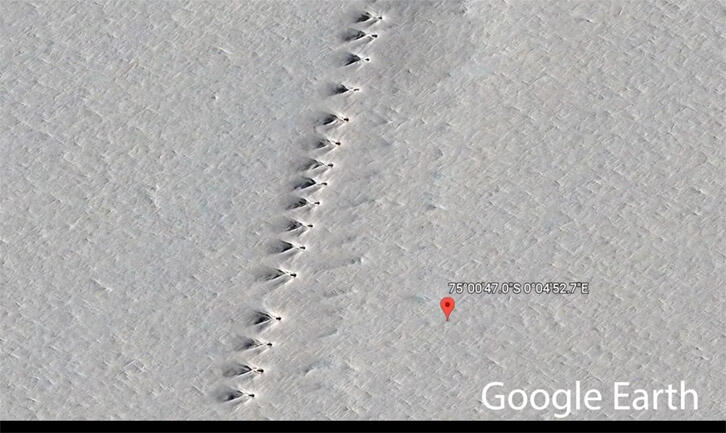 This is how the Kohnen anomaly appears now, image in 2018. 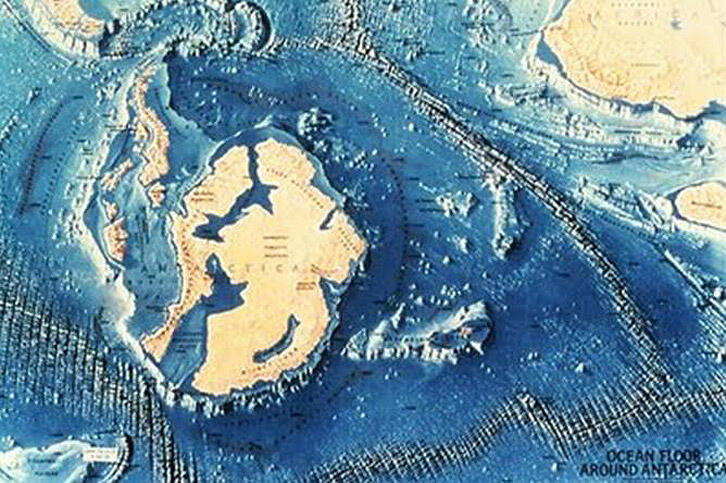 Amazingly, there are two main water corridors under the ice in Antarctica that nearly connect. This is what Antarctica would look like without the ice sheet covering it.

Mainstream history teaches the first recorded landing on the Antarctic continent took place on February 7, 1821. Men from the American sealer Cecilia, under Captain John Davis, landed at Hughes Bay (64°01’S) looking for seals. Though they were on shore for less than an hour, these men were the first humans to set foot on this new southern land. 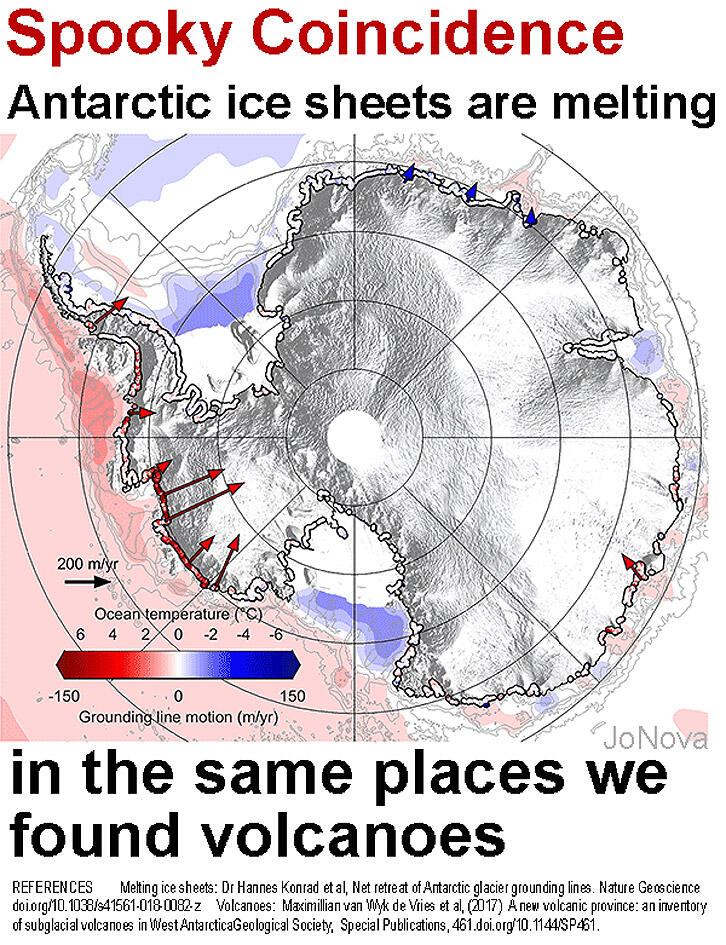 Many years later another survey team discovered the Trans-Antarctic Mountains, with a high point of 14,856 feet (4897 m) at Vinson Massif, which is taller than any mountain in the Lower 48 States.