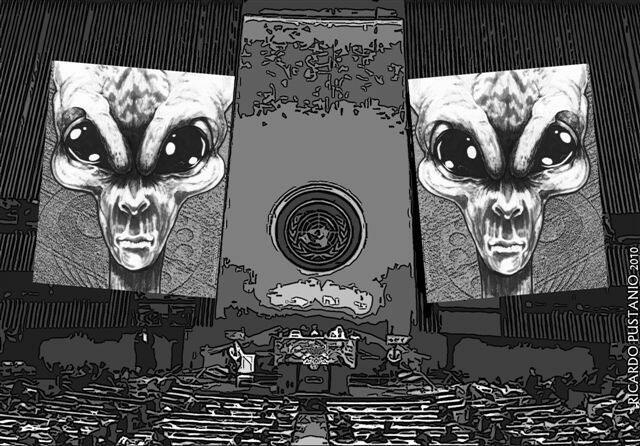 Brad Steiger sent in several illustrations to accompany his first hour discussion of space beings. In the first image, Alien UN Speech, he asks: "Is an address to the United Nations by alien intelligence in our future? Or has it already occurred?" The second image (left): "Sightings of alien beings associated with fiery chariots and signs in the skies are reported in the Holy Books of all religions." Right: "Many contactees and abductees have reported seeing what they believe to be hybrid alien-human babies. Others believe that such hybrids have walked among us for centuries."