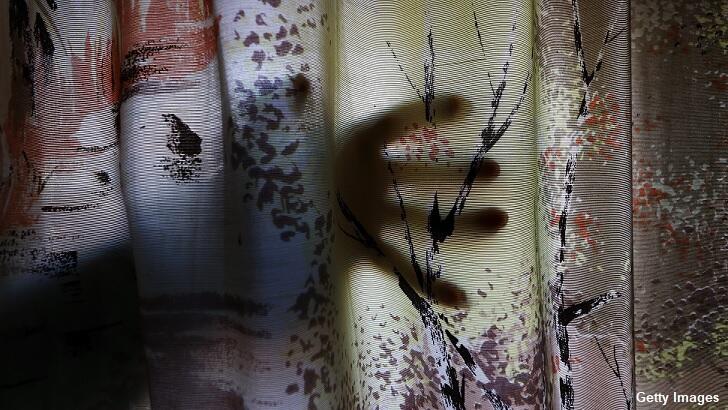 A woman in England claims that she became the target of an angry ghost that physically attacked her and ultimately prompted her to enlist a psychic medium to thwart the sinister spirit. According to a local media report, Leah Lewis is at the center of the strange story which she says began a few months ago when odd paranormal activity inexplicably started occurring in her home. The events seemingly increased in their eeriness over time and included a sighting of an apparition resembling a tall bald man as well as an unnerving moment when her mother, who lives with her at the residence in the village of Newhall, heard the mysterious sound of some unseen 'person' breathing in her ear.

The suspected haunting culminated with an unsettling incident wherein Lewis emerged from the shower and noticed that something had left a sizeable scratch on her leg. Certain that this was a physical attack by the spirit believed to be now residing in her home, the woman turned to psychic medium Ian Griffiths in the hopes of ridding herself of the ghost that seemingly had a grudge against her. Upon visiting the location, he quickly identified the source of the trouble when he sensed the presence of a malignant spirit "wandering around the house." The ghost, he said, was that of a tall, angry man, similar to the apparition that Lewis had previously spotted.

As for the identity of the ghost and why it suddenly targeted the woman, Griffiths indicated that it was likely that of a man who had been murdered near the shop where Lewis works and had somehow become attached to her. Fortunately, the psychic medium was able to put an end to the haunting by coaxing the spirit into crossing over to the 'other side,' which brought some much-needed relief to the mother and daughter, who were understandably concerned about how the apparition might lash out next. One interesting aspect of the weird case is that Lewis believes that it wound up activating her own psychic abilities, which she is now exploring and attempting to refine.