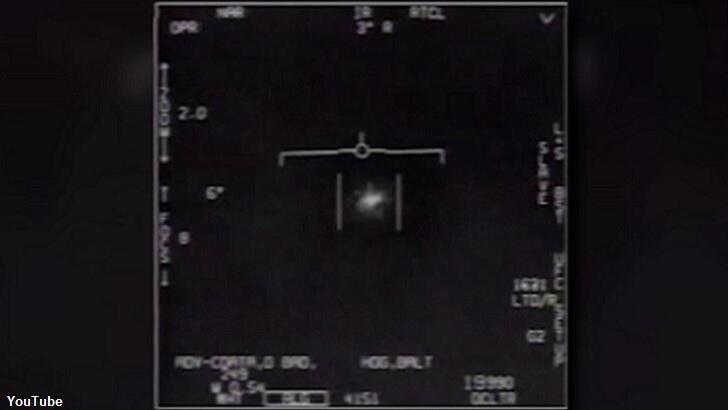 2018 proved to be yet another year replete with UFO stories and sightings that, in keeping with the rich history of the phenomenon, ranged from the fantastic to the farcical. The past twelve months saw new revelations about attempts by the government to investigate the enigma, appearances by odd anomalies in the sky over all manner of locations, and intriguing sightings reported by pilots in both the United States and Europe. This year also featured its fair share of strange cases, kooky incidents, and unfortunate misidentifications which always seem to plague the UFO phenomenon.

By far the most noteworthy stories throughout the year centered around reverberations from the late-2017 revelations of a secret Pentagon UFO research program. Over the course of 2018, tantalizing new details about the mysterious endeavor emerged, including a remarkable video of a military encounter with an unidentified craft, a report on the now-infamous 'Tic Tac' UFO event, and documents concerning studies conducted by the group. We also learned a bit more about those notorious 'alien alloys' allegedly being held by the government.

Beyond that still-unfolding story, a few distinct trends popped up this past year when it came to UFO cases in the news. First, there were a number of headline-making incidents in which pilots encountered something strange in the sky and reported their sightings to air traffic controllers. This began back in March when two separate pilots reported seeing something anomalous in the sky over Arizona. Following that, a bewildered man flying over Long Island in June reported his own odd encounter and November also saw a multi-witness event from pilots on aircraft off the coast of Ireland.

Another recurring UFO scenario which we saw several times this year were instances of odd objects being spotted in the sky during TV newscasts. This started early in 2018 when television viewers in Oregon noticed a perplexing pair of lights streaking through the sky during an early morning broadcast. It happened again in March when a pair of Milwaukee newscasters were stopped in their tracks by what appeared to be several anomalies in the night sky. But by far the most 'ET friendly' TV station was WKBW in Buffalo, which appeared to film a UFO not once, but twice.

Aside from those inadvertent UFO sightings, 2018 was also rife with amazing photos and videos of curious objects seen in the sky by baffled witnesses all over the world. Among the more memorable pieces of footage featured at the C2C website this year were a 'flying humanoid' seen over Mexico back in January, a UFO filmed inside of a lightning bolt over Croatia in May, a trio of odd orbs seen over a forest in France this past August, and an eerie flock of crows swarming a spherical object hovering in the California sky just last week.

Alas, a look back at the past year in UFO stories would be remiss without mentioning some of the more absurd moments from the last twelve months. Among the proverbial lowlights were when it was claimed that a 'complex computer analysis' of astronaut interviews proved that they were lying about seeing alien craft in space and the time that a 'UFO' over North Carolina caught everyone's attention until it was revealed to be the Goodyear blimp. There was also the story of a bureaucratic battle over a UFO monument in Massachusetts and a Michigan man who shot at a flying saucer-shaped church because he thought it housed reptilians. Fortunately, no one was hurt in that misadventure.

All told, while 2018 did not quite live up to the considerable promise that was felt at the beginning of the year by UFO enthusiasts, those hoping for an answer to the mystery should feel encouraged by the events of the past year. The steady stream of newsworthy revelations from officialdom and government insiders as well as what seemed to be newfound credibility granted to the subject by the mainstream media and general public suggests that there is momentum building around the phenomenon.

How that energy manifests in 2019 is anyone's guess and may be impossible to predict given the way in which UFOs seem to delight in keeping us in a constant state of wonder as evidenced by the events of the past year. Want to take a deeper stroll down memory lane? You can revisit all of our coverage of the UFO phenomenon at the C2C website for 2018 here.