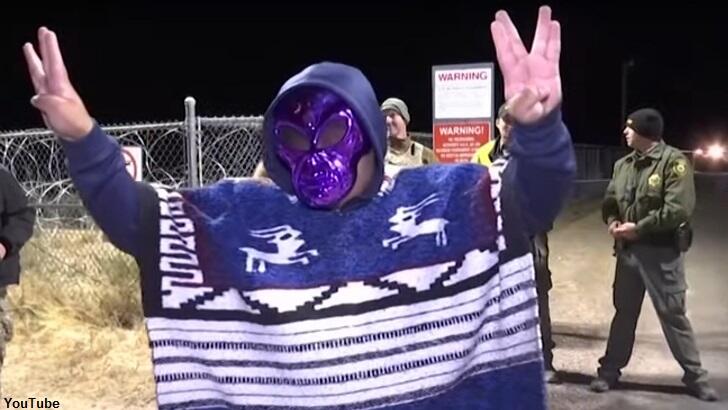 The UFO phenomenon had something of a banner year in 2019 as the subject received a considerable amount of attention from the mainstream media, the United States government, and the public at large. As was the case in 2018, much of the most significant UFO news of the year centered around the fallout from the late 2017 revelations of a Pentagon program looking into the phenomenon as well as the tantalizing 'Tic Tac' video which accompanied that story. That said, the subject was also connected to one of the wackiest stories of the year in the form of the Storm Area 51 craze, while a myriad of mysterious flying anomalies were captured on film yet again throughout the year. Also in 2019, the UFO research field lost an icon, and a bevy of new witnesses to a legendary abduction case emerged.

As was the case in 2018, much of the most significant UFO news of the year centered around the fallout from the late 2017 revelations of a Pentagon program looking into the phenomenon as well as, more specifically, the tantalizing 'Tic Tac' video which accompanied that story. This began at the very start of 2019 when retired Senator Harry Reid urged Congress to take a serious look at the phenomenon. That sentiment was seemingly echoed later in the year when the Navy announced new UFO reporting guidelines were being issued to their pilots and the Pentagon confirmed that they were interested in the subject as well. Throughout the late spring, talk surrounding the phenomenon increased to the point that even President Trump was asked about UFOs and it was revealed that, indeed, members of Congress had requested briefings on the matter.

Unfortunately, this did not culminate with any grand announcement concerning what may be behind the phenomenon or what the government really knows about UFOs. Be that as it may, a September concession by the Pentagon that the objects in the much-discussed trio of Navy pilot videos were genuine 'unknown aerial phenomena' was seen by many as perhaps the closest we've ever come to that much-yearned-for 'disclosure event.' As one can imagine, UFO enthusiasts are hopeful that the momentum of the past two years will continue in 2020 and that the search for answers may be entering some kind of next chapter.

While the subject of Navy pilots encountering unknown aerial objects was treated with the seriousness it deserved, the UFO phenomenon also found itself attached to one the year's wackiest stories in the form of the 'Storm Area 51' craze. Beginning with an innocuous Facebook joke in late June, the idea of hundreds of thousands of flying saucer fans gathering together to infiltrate the infamous clandestine military base captured the imagination of the public and became a bonafide sensation over the summer. Despite inspiring all manner of jokes, copycats, and celebrity endorsements, Storm Area 51 ultimately culminated, as seen above, with just a handful of people partying outside the site when the 'big day' in September arrived.

As all this was going on, the phenomenon itself was seemingly still appearing in the skies as 2019 featured a slew of new UFO reports from witnesses around the world. The trend of pilots reporting sightings continued with cases from Pakistan, England, Turkey, and even Las Vegas. Meanwhile, observers on the ground captured videos of odd objects from throughout the United States, including Minnesota, Texas, Wyoming, New Mexico, and Pennsylvania to name just a few locations. Intriguingly, one weird recurring theme this year concerned snake-like UFOs which were spotted in several states.

In talking about the biggest UFO stories of 2019, one would be remiss in not mentioning the death of beloved UFO researcher Stanton Friedman. A towering figure in the field, the man who essentially told the world about the Roswell incident and had been the veritable face of UFO studies for decades sadly passed away this past May. The proverbial footprint left behind by Friedman may have been best captured in the subsequent news that the provincial archive in New Brunswick, Canada was working on cataloging his files and that the project could take up to a decade due to just how much material he had amassed throughout his career.

One surprising development in 2019 of interest to UFO historians is that new life was breathed into the classic 1973 Pascagoula abduction incident when a whopping five new witnesses emerged over the course of the year with tales of seeing something strange in the sky on the night in question. This veritable renaissance was made all the more apparent in June when the city of Pascagoula took the rare step of officially recognized the UFO event with a historical marker, which is an honor that only a handful of cases have been given.

As we look ahead to 2020, one area worth keeping an eye on is the possibility that the UFO phenomenon could come up at some point during the presidential election. This past year saw some hints of that taking place as both Bernie Sanders and then-presidential candidate Seth Moulton were asked about the issue. With the primary season set to begin soon, there's a chance that some of the other candidates running for the Democratic nomination will wind up saying something about the phenomenon should someone in the media dare to broach the subject.

All told, 2019 was one of the most newsworthy years for UFOs in quite some time as it seemed as if the phenomenon made national headlines every few weeks in some form or fashion. Considering that there appears to be a renewed fascination with the subject percolating in the zeitgeist, it stands to reason that 2020 will see more of the same. That said, the only truly predictable thing about UFOs may be their unpredictable nature and so trying to foresee where we'll be at this time next year is as difficult as taking a clear photograph of the anomalous objects that have confounded us for so long.