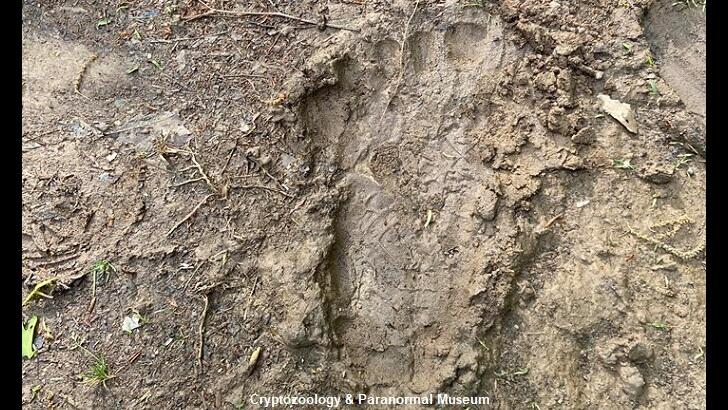 In keeping with the strangeness that was 2020, as people around the world familiarized themselves with the concept of 'social distancing,' Bigfoot was jokingly cast by many as a veritable mascot for the practice. Despite unexpectedly being celebrated as the ultimate example of extreme isolation, Sasquatch was actually not all that hard to find in the headlines this year. There were a handful of instances wherein the legendary cryptid may have been caught on film, incidents in which evidence of its existence might have been found, and moments where it was once again apparent that the 'beast' has become something of a pop culture icon.

Over the course of the year, videos of potential Bigfoot sightings emerged out of Ohio and Canada as well as all the way down in Australia. Meanwhile possible photographs of the creature came by way of West Virginia and California. Easily the most high profile 'sighting' was from the Washington State Department of Transportation, who shared a traffic cam image which they suggested might show Sasquatch. However, that case sadly wound up being rather quickly debunked. On a similar note, a series of sightings said to have taken place at an Oklahoma wilderness area were revealed to be a clever campaign aimed at getting housebound residents to explore the outdoors as a way of assuaging the boredom brought about by quarantining.

Beyond videos and photos, there were cases in North Carolina, Utah, and British Columbia wherein people stumbled upon sizeable prints which could seemingly have only been left behind by Bigfoot. And, in New York, a curious 'structure' was found that some theorized might have been a Sasquatch den. Additionally, rattled witnesses claiming to have had terrifying encounters with the creature made news in North Carolina and New York's Hudson Valley. Undoubtedly the oddest piece of potential Bigfoot evidence was found in Nebraska, where a shredded and seemingly braided American flag was attributed to the apparently rather dexterous cryptid and subsequently put on display at a museum dedicated to the legendary creature.

One unfortunate trend associated with Sasquatch which continued in 2020 was that of sticky-fingered miscreants stealing statues of the creature from outside homes and businesses. Throughout the year, Bigfoot bandits struck in Massachusetts, Oregon, Minnesota, and California among other places. Unlikely to fall victim to such capers were massive new depictions of the famed cryptid that were unveiled in Oregon, Oklahoma, and South Dakota. And, over in Nepal, a series of statues depicting the Yeti were produced by the country's tourism department, but quickly pulled from circulation when residents complained that the colorful pieces of art looked nothing like the elusive creature.

From the realm of the really weird, a heated debate swirled around Sasquatch at a meeting of a California county Board of Supervisors where one politician called for a resolution which would make it illegal to kill the cryptid and was met with considerable resistance from their confused colleagues. Similarly strange was an incident in Alabama which saw a Bigfoot researcher arrested for attempted murder and an announcement from authorities in Wisconsin that a viral 'Sasquatch alert' concerning the creatures lurking in state parks was a hoax. And, finally, a realtor in Texas got attention for one of their home listings when they convinced a friend to dress up as Bigfoot for a series of photos showing the creature lounging around the residence.

So while there may have been less people out looking for Bigfoot this past year, the monstrous creature still managed to make its presence felt either via possible sightings or simply through its oversized place in the pantheon of cryptids believed to be waiting to be discovered. And although 2021 will hopefully bring an end to the lockdowns which have kept so many of us stuck inside our homes, if history is any indication, Sasquatch will likely continue to be a model for social distancing and remain a proverbial six feet away from those seeking to confirm its existence.