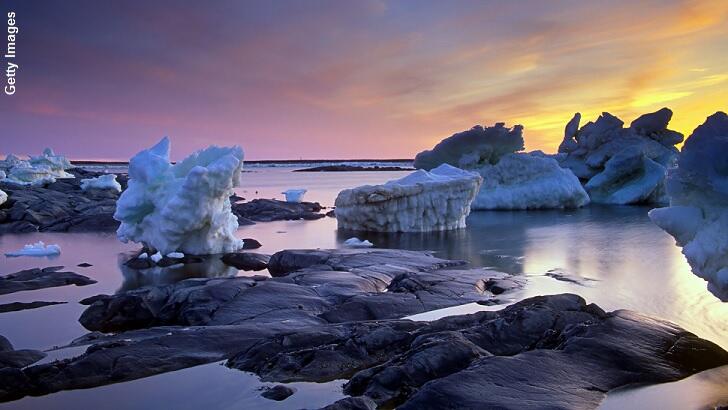 Officials in Canada are attempting to find the source of a mysterious sound which has been blamed for driving wildlife away from a popular hunting area.

The puzzling noise, which has been called both a 'hum' and a 'ping,' began being heard during the summer months in a remote part of northern Canada.

It is believed that the sound is coming from the ocean floor and residents of the region lament that, since it started, whales and seals have stopped being seen in the area.

This is particularly troubling because many of the people who live there rely on hunting those animals for both income and food.

As such, some suspect that the sound may not be an accident and theorize that it could actually have been intentionally unleashed upon the area by an environmental group attempting to protect the animals.

Another theory for the sound is that it could be coming from a mining company surveying the area, but government officials say that is unlikely, based on their knowledge of groups permitted to work in the waters.

Regardless of the noise's origins, the problem has become so pronounced that Canada's Department of National Defence has begun investigating the issue.

As of yet, they have not determined what may be behind the sound, but those suffering from its effects hope that the mystery can be solved soon.

For their sake, we hope it does not turn out to be similar to the Windsor Hum, which has been mired in a maddening bureaucratic battle for years.