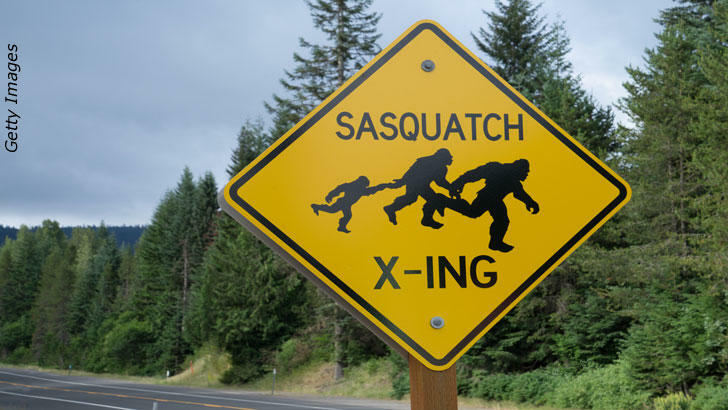 A lawsuit brought against the British Columbian government by a Sasquatch researcher in Canada with the hopes of proving that the creature exists has been dismissed by a judge. The headline-making legal maneuver was initiated by cryptozoologist and recent C2C guest Todd Standing last October.

In the lawsuit, he alleged that the B.C. government's refusal to recognize the existence of Sasquatch constituted a failure in their duty to protect "indigenous wildlife species." And, in turn, that decision infringed on his right to free speech because he could not reveal information about the creature's whereabouts without it having government protection.

As one likely surmised, the government responding by largely mocking the lawsuit and moving for it to be dismissed. Following a hearing last month to decide if the case would move forward to trial, the Supreme Court of British Columbia issued their ruling this week. Unfortunately for Standing and his supporters, it seems that Sasquatch will not get its day in court as Justice Kenneth Ball did, indeed, dismiss the case.

In his ruling, the jurist explained that there was no legal precedent for the court to rule on "the existence of any species or scientific fact." On the contrary, this responsibility, he said, lies with "an administrative or executive office in government" and that the court is incapable of rendering such a decision because it does not have the means nor jurisdiction to embark on a scientific study to determine Sasquatch's existence.

Regarding Standing's claims that the government had infringed on his free speech, the judge argued that the Sasquatch researcher is not expressly prohibited from revealing information about the creature. Instead, Ball observed, this is a decision that has been made by Standing himself and, therefore, is it not the fault of the B.C. government's stance on Bigfoot. The judge went on to pick apart Standing's other arguments regarding his rights being restricted before ultimately wrapping up his ruling with the disappointing dismissal because "the claim has no reasonable prospect of success."

While Ball's decision is, no doubt, a major setback for the Sasquatch researcher's legal pursuit, it may not be the end. His attorney, Troy Hunter, told the Vancouver Sun that "I'm not happy with the ruling. I think there are good grounds to appeal it." Coast Insiders looking to learn more about Standing's case and research can check out his 8/15/2018 appearance on the program. Not a Coast Insider yet? Sign up today.