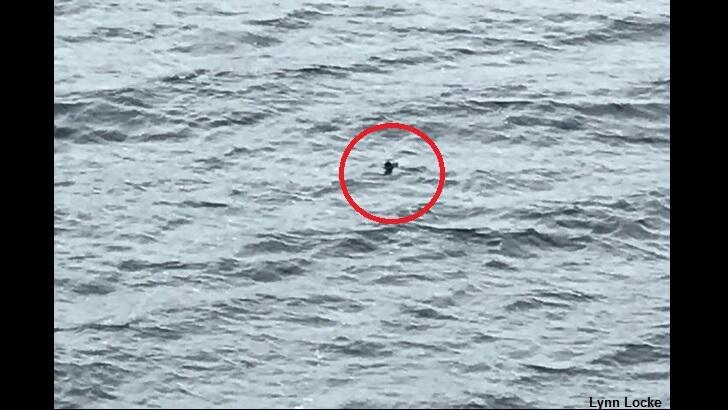 A Canadian woman visiting Loch Ness with her family became the latest witness to snap a picture of what may be the site's legendary 'monster.' The ironically-named Lynn Locke was vacationing in Scotland with her husband and daughter when the trio decided to spend a few days at Loch Ness. While they were there, she spotted a strange anomaly about 150 feet from shore.

"I noticed something moving in the water, with trails of bubbles leading up to it," she told a Scottish newspaper, "it went under the water a couple of times and reappeared." Having long heard tales of the Loch Ness Monster, Locke decided to snap a few photos of the oddity to document the weird sighting. Although her family was skeptical that she'd really seen the famed cryptid, Locke was more open-minded and mused, "I do think I saw Nessie – maybe the tail."

What makes her encounter particularly intriguing is that it actually occurred on the very same day that a schoolgirl happened to also spot something strange in the waters of Loch Ness and snapped a picture that has been hailed as the 'best photo' of the creature in years. The distance between the two sightings measured about 12 miles and the time between the encounters was only a few hours, suggesting that perhaps the two witnesses had actually seen the same thing that day. What exactly they may have seen, of course, remains a matter of speculation.