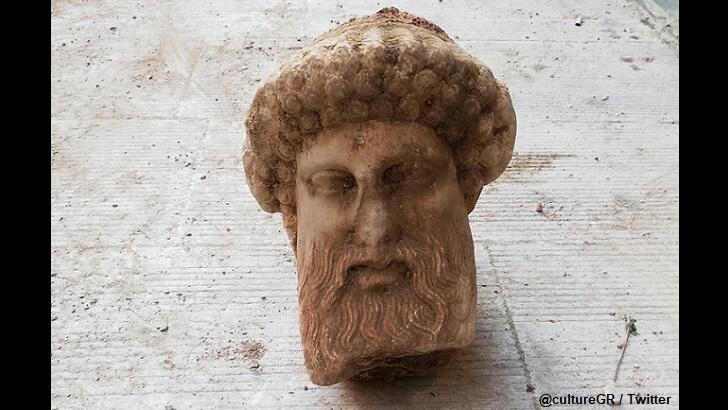 Work on a sewer project in the city of Athens led to the surprising discovery of a centuries-old bust of the Greek god Hermes which was in remarkably well-preserved condition. The amazing find, which was reportedly made this past Friday, was announced over the weekend by the country's Culture Ministry, who marveled that the artwork appears to be from the third or fourth century BC. The bust is particularly significant, they said, because it depicts Hermes "in adulthood," unlike most representations of the ancient god which render him in a much younger age.

How the bust, believed to be the work of a sculptor named Alcamenes, wound up in the sewers of Athens is uncertain, but it is suspected that the piece once sat atop a column that served as a road marker in ancient times and ultimately became enveloped by a modern-day drainage duct constructed beneath the city. Fortunately, since being fished from its fetid resting place, the artwork has been cleaned up and was handed over to Greek authorities who work to preserve such relics.