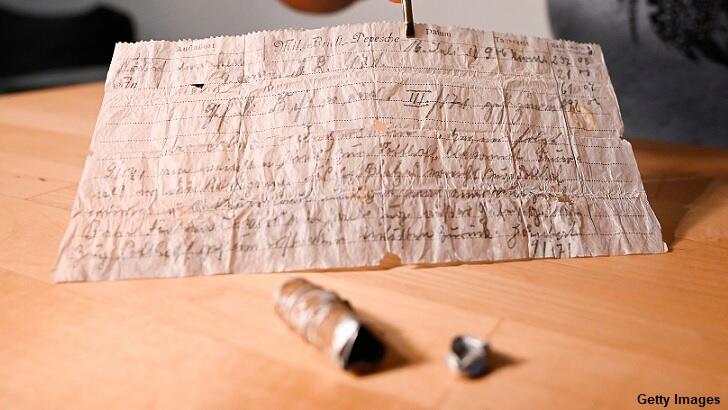 A couple hiking in France stumbled upon a remarkable relic from the past in the form of a carrier pigeon message that had been sent over a century ago. The amazing discovery was reportedly made back in September by Jade Halaoui and his partner as they were walking in a field in the community Ingersheim, which is located in the northeastern part of the country. As they trudged through some tall grass, they noticed a curious capsule sticking out of the ground.

Intrigued by the odd sight, Halaoui unearthed the small metal cylinder, cracked it open, and found a handwritten message in a language that they did not understand. In the hopes of determining the nature of the puzzling note, they brought it to a nearby museum and the curator of the facility, Dominique Jardy, immediately recognized it as being penned in an outdated form of the German language. The message was eventually translated and revealed to be observations about military operations occurring in the area around the time just before the start of World War I.

Due to the manner in which the note was written, it is uncertain when it exactly the message was penned, but it is believed to be from either 1910 or 1916. Marveling at the impeccable condition of the century-old paper, Jardy marveled that "I've never seen this in 40 years" and called the discovery "exceptional." As one might imagine, the message and the capsule which contained it will go on display at the museum in the not-too-distant future after it has been studied further by historians.