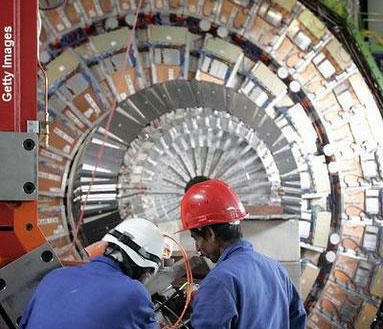 Following two years of technical upgrades, CERN's Large Hadron Collider is scheduled to resume operation in early 2015. Famed for discovering the elusive Higgs-Boson particle in 2012, scientists at CERN are hopeful that the improved atom smasher, which will boast double the energy power of its previous incarnation, could decipher more puzzling enigmas of the universe, such as what materials comprise dark matter. More on the story at LiveScience.